You’ve always been proud of your rather unusual last name. So when another man with the last name Quigley sits beside you on the plane one day, you are intrigued. A long conversation during the flight reveals that both of your great-great grandfathers immigrated to North America from Northern Europe.

You both agree that you might be related. So, you exchange contact information and go your separate ways. Even a couple of weeks later, you are still wondering, “Could I be related to this other Quigley?”

Two men searching for a shared recent paternal ancestor will instead need to take a Y-STR test. Short tandem repeats (STRs) are small sequences of DNA, usually between 2 to 13 nucleotides in length, which are repeated many times in a row.

STRs have a much faster mutation rate compared to SNPs. This rapid mutation rate is useful for tracing more recent ancestry, like searching for common paternal ancestors within the past 500 years.

We each inherit 22 autosomal chromosomes and one sex chromosome (X or Y) from each of our parents.

It’s also possible to trace your maternal ancestry through a different test that looks at mitochondrial DNA.

In many societies, surnames are passed down from father to son. This is why, Y-STR tests are the best choice for trying to uncover kinships between men with the same last name (such as the two Quigleys), or searching for relatives who descended from the same paternal line.

The Y-STR profiles of any two people can be compared to determine if they descended from the same forefather. Not only that, based on the “time to most recent common ancestor” (TMRCA) calculation, it’s possible to approximate the number of generations between any two men and their shared paternal ancestor.

So with just a simple mouth swab and Y-STR test, the two Quigleys can quickly determine if they share a common ancestor. They will also be able to search existing ancestry databases for people from around the world who have descended from the same paternal lineage.

Why take a Y-STR test?

Whether you were adopted with no information about your biological parents, or someone wishing to research your family history, Y-STR testing is a good starting point to trace your paternal ancestry. Once you find your first few matches, you can use those matches as a lead to investigate further.

If you are the family genealogist you can use Y-STR tests to confirm family legends, solve family mysteries, and to search for new family links. You can also compare your profile to many notable figures in history, including Thomas Jefferson, Genghis Khan, or King Ramesses III.

For example, in the case of unknown paternity of a male child where the assumed father is deceased, Y-STR testing from living paternal line descendants (such as a paternal uncle or a paternal grandfather) can be used to provide evidence of kinship.

In forensics, Y-STR marker testing is used when dealing with mixed samples. Because females do not have a Y chromosome, all contaminating female DNA can be excluded from the tests. In fact, Y-STR marker testing was used to solve the Boston Strangler case 50 years after the crime was committed. 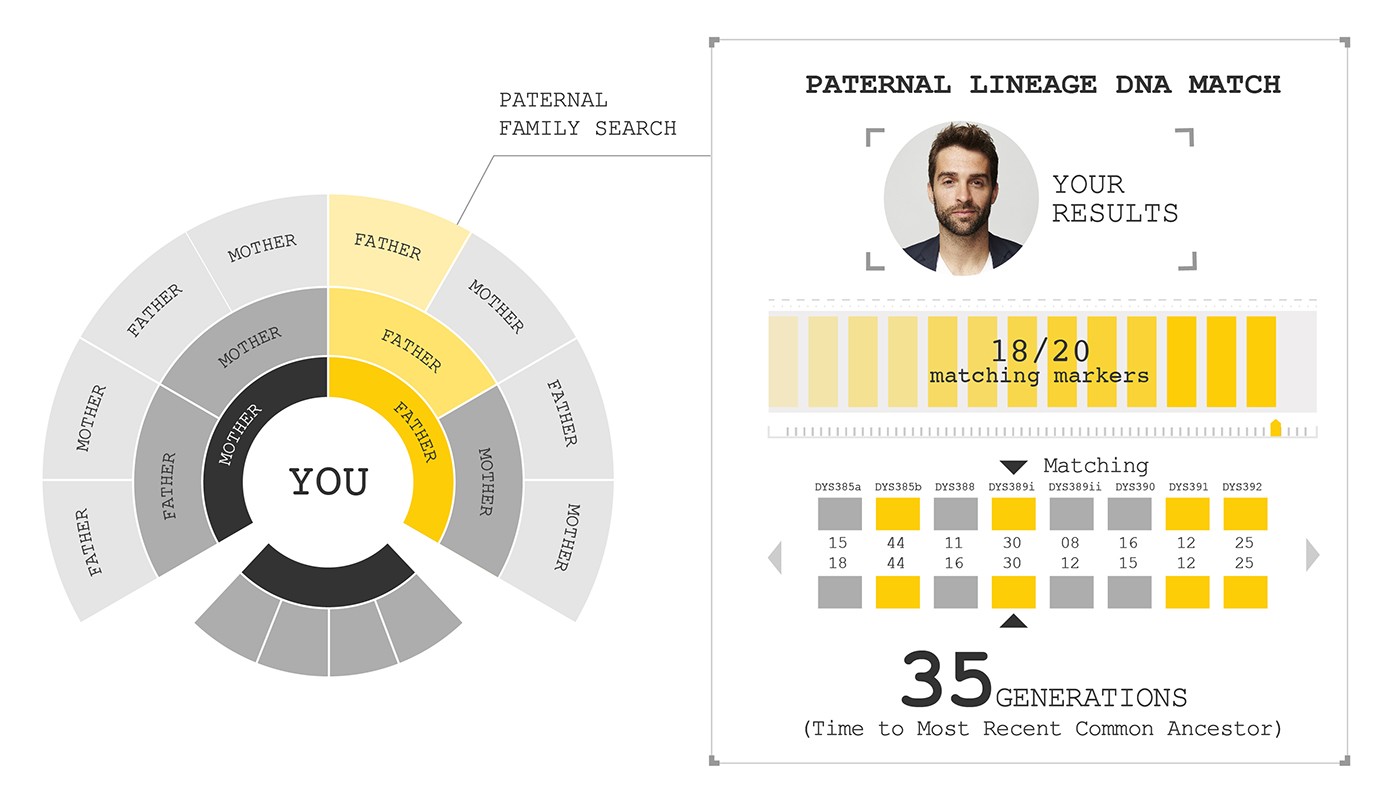 Whether you choose to take the Y-STR test to answer relationship questions, search for paternal relatives, or investigate matches to famous people in history, Y-STR markers are the one of the fundamental genetic markers for beginning the investigation of your paternal lineage.

The origins of our mitochondrial DNA
Read more

Tracing the SNP variation in your Y-DNA
Read more