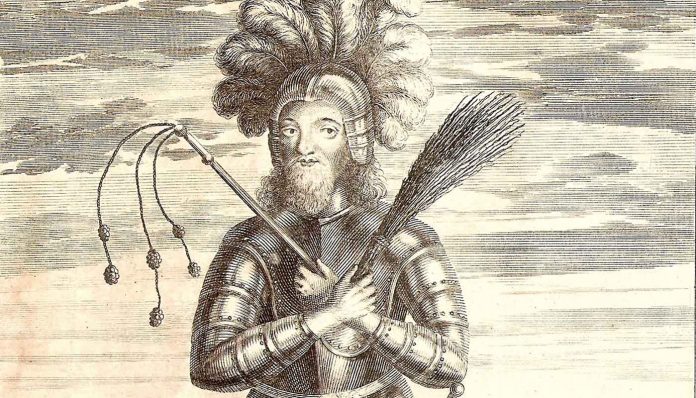 Birger Magnusson was the Jarl of Sweden who played a pivotal role in consolidating Sweden, leading the Second Swedish Crusade, and establishing Stockholm. But when the tombstone from his grave was removed during a restoration, Birger’s gravesite was lost and forgotten. Centuries later, scientists rediscovered the putative grave of Birger. However, it was almost another 100 years before DNA tests could confirm the identities of the three skeletons found in this grave – Birger, his second wife Mechtild of Holstein and his son Erik.

Birger Magnusson ruled Sweden for nearly two decades in the 1200s. However, he was never a Swedish king. Instead held the title of “jarl,” ruling the country while his young son was the underage king.

He was born to an influential family. Birger’s mother Ingrid Ylva was the granddaughter of King Sverker I of Sweden. This meant he was a matrilineal member of the House of Severer. He was also the nephew of Jarl Birger Brosa from the House of Bjelbo, and was named after him.

His marriage to Princess Ingeborg Eriksdotter, the sister of King Eric XI of Sweden, was a marriage of convenience. King Eric XI wanted to strengthen their family’s ties with the mighty house of Bjelbo, and gave Birger the title of jarl in 1248.

When Eric XI died without a heir in 1250, Princess Ingebore and Birger’s eldest son succeeded him, with Birger acting as regent. Princess Ingeborg died a few years later from complications during childbirth. And, Birger married Mechthild of Holstein, the widow of King Abel of Denmark.

The Founder of Stockholm

Birger played a pivotal role in consolidating Sweden. He led the Second Swedish Crusade, permanently establishing Swedish rule in Finland. It was after this that Birger mentions “Stockholm” in his letters, as the foundation of a city.

Birger founded Stockholm around 1252. It was an ideal location for several reasons. It offered a defense to the land around lake Mälaren from invading enemies. And could serve as a bridgehead to attract German merchants.

Even though he acted as his son’s regent, Birger was so powerful that some historians call him the “first true king of Sweden.” He led Sweden until his death in 1266. The abbey of Varnhem, Sweden holds the remains of Birger, his second wife, Mechtild, and his son, Erik from his first marriage.

Discovering the remains of Birger Magnusson

In the 1530’s a fire partly destroyed the abbey church of Varnhem. The tombstone on Birger’s grave was removed during the restorations, so the site of his grave was forgotten.

The grave was rediscovered in the early 20th century. A Swedish anthropologist examined the remains, and determined that they were the lost remains of Birger, Mechtild and Erik.

The original tombstone was replaced after the examination in 1920. However, the validity of the investigation was often questioned.

The grave was reopened in 2002, to confirm the identity of the remains with DNA analyses.

Investigators turned to Y-DNA analyses to confirm the father-son relationship between Birger and Erik. Y-DNA is passed down from father to son. So Birger and Erik should share the same Y-DNA profile.

There are two different kinds of variation in the Y-DNA: the fast changing Y-STRs (short tandem repeats,) and the slow changing Y-SNPs (single nucleotide polymorphisms).

Y-SNPs are useful for placing individuals on the Y-DNA evolutionary tree. The major branches of this tree are called Y-DNA haplogroups. They resemble ancient family groups.

Researchers looked at three Y-DNA SNPs from the tooth samples taken from the remains of Birger and Erik. As expected form a father-son pair the Y STR pattern matched, and it belonged to Y-DNA haplogroup I1.

Mitochondrial DNA (mtDNA) is passed unchanged from mother to child, and is used to create the mitochondrial evolutionary tree. In contrast to the Y-DNA tree the mtDNA tree shows maternal relationships.

Erik was Ingeborg’s son (not Mechtild’s). So, there is no maternal relationship between Birger, Mechtild and Erik. As expected, each skeleton had a different mtDNA profile. Birger belonged to the mtDNA haplogroup H, Mechtild to haplogroup U5b1, and Erik to mtDNA haplogroup Z1a.

Therefore, according to the DNA studies these remains are from two paternally related individuals, and a female who is not biologically related to either of the other individuals.

Are you related to the founder of Stockholm?

This study defined the Y-DNA and mtDNA profiles of three prominent members of Swedish royalty. If you have taken the DNA Maternal Ancestry Test, you can compare your DNA against these three individuals to see if you may have descended from one of the same maternal lineages. Alternatively, if you have taken the DNA Paternal Ancestry Test you can determine if you have descended from the same paternal lineage as Birger Magnusson.

From pig pancreases to bacteria that make human proteins: Insulin and the risk of type 2 diabetes
Read more
Metabolic Health

From Friend to Foe: Why our evolutionary need to store fat is now an obstacle in the fight against diabetes
Read more
Nutrition