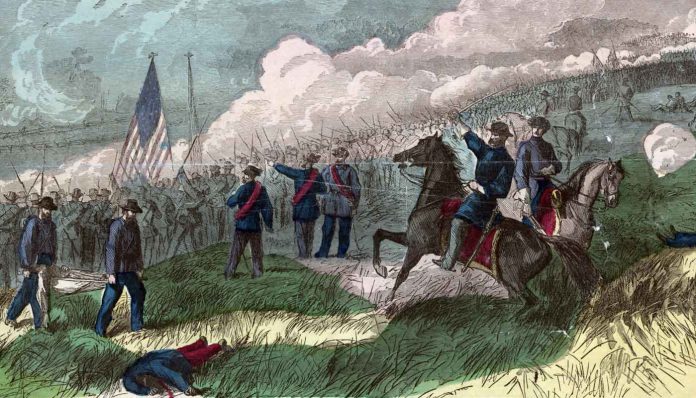 What if you grew up hearing that you were the grandchild of a famous Confederate guerrilla scout, but your father had no proof of his parentage? This is the story of Captain Ezekiel “Zeke” Harper and Earl J. Maxwell, the man who claimed to be his illegitimate son. And how genetic analyses confirmed the parentage of Earl J. Maxwell.

Who was Ezekiel Harper?

Captain Ezekiel “Zeke” Harper was a famous guerrilla scout who fought with the Confederates during the American Civil War. Born in a farm along Clover Run in Tucker County, West Virginia, Zeke was one of 13 children. He was more scholarly than all of his siblings, and aspired to venture out into the world to find his fortune.

Zeke spent much of his youth with his elder brother, Bill, exploring the high Alleghenies, part of the Appalachian Mountain Range. He traveled across the country to California and Oregon in his mid-twenties. There he prospered as a cattle baron, miner, property owner and merchant.

Just before the beginning of the Civil War, Zeke returned to West Virginia. Zeke and Bill sided with the Confederates, joining them as guides and scouts of the Alleghenies. Their explorations in this mountain range during their youth provided them with incredible local knowledge and made them prized assets.

For two years, Bill and Zeke acted as guides for Rebel raiders striking their former friends and neighbors with vicious guerrilla warfare. Then in 1863, Zeke was captured and Bill was killed. Shortly after his imprisonment, Zeke was traded back to the Confederates. He returned to Tucker Country to become a well-known country doctor and landowner of approximately 4500 acres.

Did Zeke have an illegitimate son?

It’s rumored that during the late 1870s or 1880s, Zeke fathered a child with his Native American maid. Then in 1892 Zeke made a grave mistake that cost him his life. The lifelong bachelor kindly opened his door to some cold, wet strangers, who actually turned out to be robbers. Zeke was badly beaten and thrown in the outhouse.

He was discovered just a few hours later. But his injuries were too severe and Zeke died the next day. Zeke’s alleged illegitimate son, Earl J. Maxwell, was sent to a local orphanage. Fortunately, Sarah Bonnifield Maxwell, Zeke’s girlfriend prior to the Civil War found the boy and raised him as one of her own.

Earl had seven children who grew up hearing stories about their grandfather Zeke Harper. But Earl had no proof of his parentage. Following Earl’s death, his children requested for DNA tests to substantiate the claim that Zeke was the true biological father of Earl, and hence their biological grandfather.

With permission from Zeke’s family, his body was exhumed from the family cemetery. During the exhumation process, the investigators discovered that Zeke had been buried in a wooden casket with an inner glass casing.

By the time of the exhumation (120 years post-burial) both casings had deteriorated and collapsed. However, it’s likely that for a long period, the extra layer provided added protection to the remains and DNA. Several different bone samples were collected from Zeke’s skeleton for genetic analysis.

Genetic analysis of the skeleton

The best way to confirm father-son relationships is by the comparison of Y-DNA markers. Y-DNA is passed down from father to son along the direct paternal lineage. So all males who have descended from the same paternal lineage are expected to have exactly the same or a very similar Y-DNA profile.

This means that the Y-DNA profile from Zeke remains should match to the Y-DNA profile of all of his paternal descendants, including the two living sons of Zeke’s alleged son, Earl J Maxwell.And, that is exactly what the researchers discovered.

A perfect match between Zeke’s Y-DNA and his alleged grandsons’ Y-DNA at 17 different markers. This particular Y-DNA profile was a relatively rare genetic profile. It wasn’t found in either of two extensive Y-DNA STR databases. So, the DNA analyses provide conclusive evidence that that Earl J Maxwell was indeed an illegitimate child of Zeke Harper.

This investigation defined the Y-DNA STR profile of Captain Ezekiel “Zeke” Harper. If you have taken the DNA Paternal Ancestry Test, you can determine if you may have also descended from the same paternal lineage as this famous Civil War guerrilla scout.