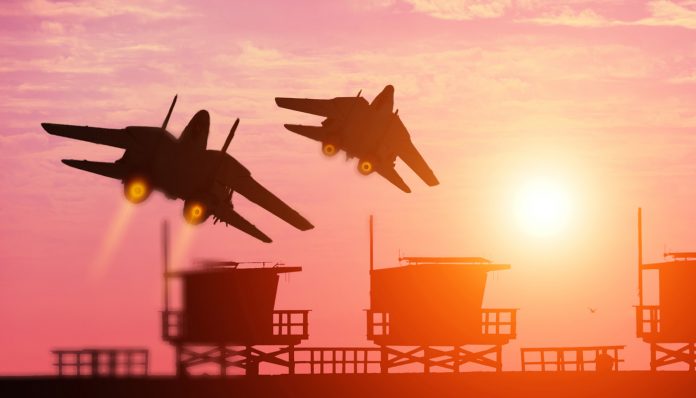 F-4 Phantom II fighter jets are legendary. They were so powerful that pilots could film missiles accelerating at Mach 1 at 35,000 feet from within them. But with such power comes great devastation. That was the case when two Phantom fighters crashed during a training session near Japan in the 1990s. The damage was so extensive that DNA testing was required to confirm the identities of the two fighter pilots, from their remains recovered from the bottom of the ocean.

When James McDonnell founded his company in 1928, his intention was building personal aircrafts for family use. But, depression foiled his plans. So, 10 years later he reinvented himself and tried again with McDonnell Aircraft Corporation. McDonnell Aircraft is best known for its military fighters, including the F-4 Phantom II.

Originally developed for the US Navy, the McDonnell Douglas F-4 Phantom II is a tandem two-seat, twin-engine, all weather, long-range supersonic jet interceptor and fighter-bomber.

Fighter-bombers are different from bomber and attackers. Unlike bomber-attacker aircrafts that are built specifically for bombing and attacking, fighter-bombers can be adapted into other roles.

F-4 Phantoms first entered the service in 1960 with the Navy and was quickly adopted by both the Marine Corps and the Air Force. Between 1958 to 1981 a total of 5,195 F-4 Phantoms were built, making it the most produced American supersonic military aircraft.

Power of a F-4 Phantom II

Phantoms are large fighters that can achieve a top speed of over Mach 2.2 (2.2X the speed of sound). In their nine external hardpoints (weapon stations) they can carry more than 18, 000 lbs (8, 400 kg) of weapons including air-to-air missiles and air-to-ground missiles.

It was also built to be an interceptor aircraft, a fighter aircraft specifically designed to attack enemy aircrafts, as they approach. And, there in lay the one main weaknesses Phantom II’s. Like all other interceptors of its time, Phantoms were designed without an internal cannon.

This meant that the pilots had to often slow down to subsonic speeds to get behind enemy aircrafts before attacking. And, because the heat-seeking and radar-guided missiles were unreliable at the time they also had to shoot multiple times to just hit one enemy fighter.

This flaw was corrected in later F-4 models by incorporating in a rotary cannon.

Early in the development of the F-4 Phantom II, the Navy showed off their new fighter with a series of record-breaking flights. A total of 16 world records were set by the Phantom, all except one in unmodified production aircrafts.

Few of these records include: flying across continental US in under three hours (fastest at 2 hours and 47 minutes), a zoom climb (a climb where the rate of climb is greater than maximum for sustained climb) to 98, 557 ft (30, 040m) and completing a 500 km close-circuit course at an average speed of 1, 216.78 mph.

F-4s were the principle air fighters used by the US Air Force, Navy and Marine Corps during the Vietnam War. They were a major part of US military air power until the early 1990’s at which point were replaced with more modern aircrafts. Some Phantom’s were used during the Gulf war but were taken out of service altogether in the US in 1996.

In 2018, F-4s are still in service in Iran, Japan, South Korea, Greece and Turkey, more than 60 years after their production. 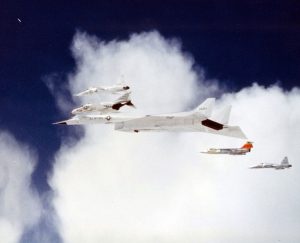 As with any aircraft, several accidents have occurred during the extensive pilot training period required for the F-4 Phantoms, and during armed combats.

The worst non-combat accident occurred in 1971 when an F-4 Phantom crashed into a passenger flight over southern California. The radar intercept officer from the F-4 Phantom was the only survivor. All 49 passengers and crew on the passenger flight perished, along with the F-4 pilot.

Confirming the identify of the pilots

Another devastating incident took place in the late 1990s. A crash between two training F-4 Phantoms near Japan resulted in the traumatic death of both pilots.Their bodies were crushed in the crash, and disintegrated as they fell into the ocean.

This prevented the identification of the bodies using the traditional methods of dental records and body features. Instead, DNA tests were used to confirm the identity of the pilots from the 33 samples recovered from under the sea.

Blood typing as a preliminary analysis

Blood typing is a useful technique for the preliminary analysis of unknown remains and bloodstains. A person’s ABO blood group is usually determined by looking at the presence of different antigens on the surface of red blood cells. But, this technique is not as accurate when samples are degraded.

Genetic analysis of the blood type specific glycosyltransferase gene is an alternative approach for determining blood type, which was used for the analysis of the plane crash victims (referred to as Pilot 1 and Pilot 2).

The other tissue samples were AO, which was expected for Pilot 2 based on his parents. However, blood typing is only useful as an initial analysis, to exclude possible identities. Further analyses are necessary for more conclusive results.

To confirm the identity of the two pilots, researchers turned to autosomal STR (short tandem repeat) analyses. Autosomal STRs are useful for identifying unknown remains, because only a small region of DNA needs to be analyzed.

In both cases, the STR profiles from the tissue samples matched a profile that is expected for a child of each of the two parent, supporting the blood typing analysis.

Researchers took it another step further looking at mitochondrial DNA (mtDNA) profiles. MtDNA is different from autosomal DNA, because it’s strictly maternally inherited (passed from mother to child). There are hundreds of copies of the mtDNA DNA in each of our cells, making it very useful for the analysis of degraded tissue samples.

Three regions of the mtDNA genome can be used for analysis: the two non-coding regions called HVR1 and HVR2 and the coding region. The HVR1 region was sequenced from the tissue fragments, as well as the parent samples.

Together the blood type genotyping, autosomal STR analyses and mtDNA sequencing confirmed that the remains recovered from the sea belonged to the two pilots who perished in the horrific midair plane crash.

However, in order to confirm the identity of the pilots, it was  necessary to analyze DNA samples collected from their parents. Had stored DNA samples have been available for the two pilots, a direct comparison could have been made between the stored samples and the fragmented remains. This would have provided faster and even more conclusive results.

Today it is possible to bank DNA samples for testing at a later date. The purpose of storing DNA could be saving DNA for disease testing for the benefit of future generations or  for identification purposes in the event of disaster.  It could also be useful for preserving the integrity of the family tree and for inheritance purposes to conclusively determine biological relationships. More information about DNA banking can be found at www.securigene.com.

As part of this study the mtDNA profiles of the two training F-4 fighter pilots were determined. If you have taken the DNA Maternal Ancestry Test, you can compare your DNA to see if you have descended from one of the same maternal lineages.

Could you be absorbing and storing too much iron?
Read more
Ancestry

From pig pancreases to bacteria that make human proteins: Insulin and the risk of type 2 diabetes
Read more
Archaeological Ruins

Physical activity is key to healthy living, but too much of it might not be a good thing for individuals with certain genetic changes
Read more
- Advertisement -