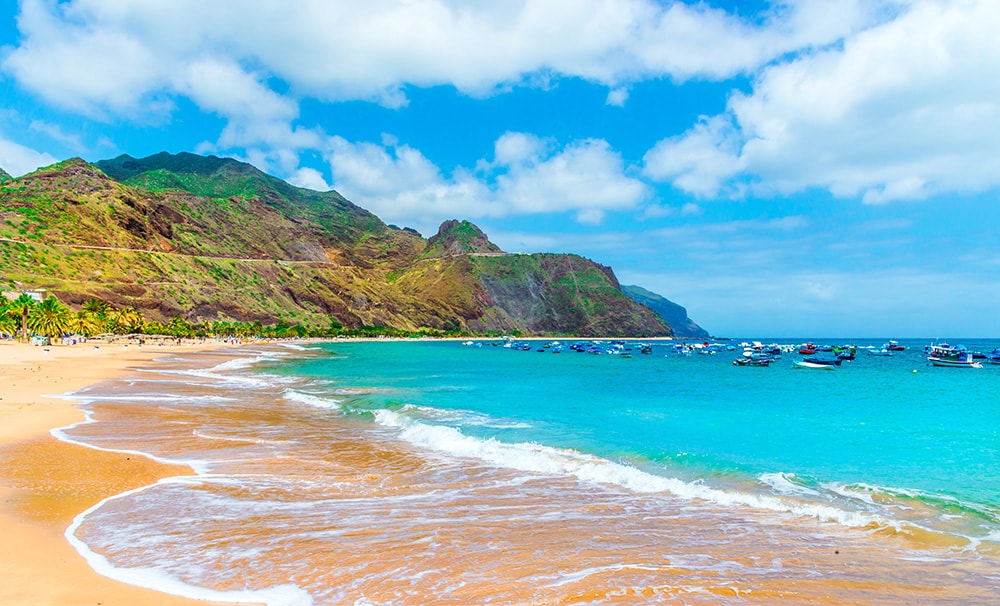 Throughout history the Canary Islands were subjected to many European conquests. The Guanches were the first human settlers to arrive in the Canary Islands. However, their origin and their survival following the incorporation of the Canary Islands into the European world has been debated for years. This is the story of what happened to the Guanches, as told by looking at the DNA of ancient remains and modern day Canarians.

The Canary Islands are a group of Spanish islands 100 km off the coast of southern Morocco. The beautiful beaches, subtropical environment and amazing natural attractions make this archipelago an important tourist destination.

The name of this group of islands, Islas Canarias (in Spanish) was likely derived from the Latin term Canariae Insulae meaning the “Islands of the Dogs.” This is either due to the large number of dogs or “sea dogs” (seals) on the islands, or from the dog worshipping supposedly practiced by the islands’ original inhabitants.

The Guanches were the first humans to have migrated to the islands around 1000 BC. Their arrival likely resulted in the extinction of a giant lizard species (believed to have grown at least 3 ft long) and the Tenerife giant rats that was reportedly over 3 ft 9 in long!

They may have had sporadic contact with other populations. This includes Numidians, Carthaginians and Romans from northern Africa in the 1st to 4th centuries. Genoese (northern Italian), Portuguese and Castilians (central Spanish), from the 8th century onwards.

In 1402, the Castilians began their conquest of the Canary Islands. They quickly gained control of two of the islands (Lanzarote and Fuerteventura), and conquered the other islands by 1496.

The Guanches were ethically and culturally absorbed by Spanish settlers. However, there are still traces of their culture in the present-day Canarians.

Both genetic and linguistic evidence suggests that the Guanches share an ancestry with Moroccan Berbers from North Africa. While they agree with history, these genetic findings are often criticized. Mainly because the studies used DNA samples of modern day Canarians to make their inferences.

One study from 2004 addressed these skepticisms. They looked at ancient DNA from the remains of 129 Guanches across 15 archaeological locations on four of the islands.

The researchers chose mitochondrial DNA (mtDNA). There are hundreds to thousands of copies of mtDNA per cell. This high copy number makes it the most useful type of DNA for analyzing ancient DNA samples. The strict maternal inheritance (mother to child) of mtDNA also provides an ideal way to trace maternal lineages through multiple generations.

The researchers generated mtDNA profiles for 71 of the 129 remains. The  U6b1 mtDNA lineage was the most abundant. Other mtDNA lineages were also present, which supports the idea of multiple migratory waves to the Canary Islands before the Castilian conquest in the 1400s.

Interestingly, the U6b1 mtDNA type is still detected in present day Canarians, despite the rapid decline in the Guanches population from war, epidemics and slavery during and after the Castilian conquest of the Islands.

A second study focused on the remains discovered from a 15th to 17th century cemetery. The cemetery was located in an old sugar cane field at Finca Clavijo. It’s well known that millions of Africans were forcibly moved to America as slaves in  the 16th to 19th centuries. But, many don’t realize that the earliest Atlantic slave plantations were actually in the Macaronesian archipelagos (including the Canary Islands) from mid 15th century.

From the late 15th to 16th centuries, the slaves in the Canary Islands included Moorish individuals from south of Morocco, individuals from sub-Saharan Africa, and the indigenous Guanches captured during the Castilian conquests.

Genetic analyses of the remains at Finca Clavijo detected mtDNA types typical for each of these slave groups.

Skeletal analyses of all the adults at the cemetery revealed they had undertaken extensive physical activity, especially involving stress on the spine and shoulder joints, which correlates with working as slaves in the sugar plantations.

However, many buried in this cemetery did not follow typical Christian funeral practices. There was evidence of Islamic funeral rituals and colored glass beads typical of African customs.

Changes in the 17th and 18th centuries

The Canary Islands played a crucial role as the last port before crossing the Atlantic, during the discovery and colonization of the Americas in the 17th and 18th centuries.

Santa Cruz was especially important during this period. It served as the harbor and capital on one of the major islands, Tenerife Island. During repairs on the Concepción Church at Santa Cruz, researchers once again gained an opportunity to access remains from a previous era.

The cemetery was unique, because during that period, all deceased people (including slaves) were buried together rather than at separate burial sites.

mtDNA analysis of the samples from the Concepción Church revealed a population that was similar to the present-day Canary Islands population in terms of DNA diversity.

The most common mtDNA types were of European origin as expected, since Castilians colonized the Canary Islands in the 15th century.

The indigenous U6b1 lineage was also detected in a considerable proportion of the remains, indicating that individuals of Guanche ancestry were buried there.

The presence of the U6a lineages (Moorish slave trade) and L haplogroups (African slave trade) attested to slave trade. There was also a low frequency of American mtDNA types, demonstrating the importance of this harbor for the trans-Atlantic journey to America.

These genetic studies have helped determine the North African origins of the native population (Guanches) of the Canary Islands. They also highlight the changes in the Canarian population through the centuries.

The Castilian colonization in the 15th century resulted in an influx of Europeans, and a large decrease in the native population (due to war, famine and epidemics) in the Canary Islands. Then the slave era brought many Africans to the islands, resulting in a varied population that still exists in the islands today.

DNA tests conducted in these studies identified several mtDNA profiles from ancient and recent populations of the Canary Islands. If you have taken the DNA Maternal Ancestry Test, you can compare your results against these profiles to see if share a similar maternal lineage.

Tracing the SNP variation in your Y-DNA
Read more
Ancestry