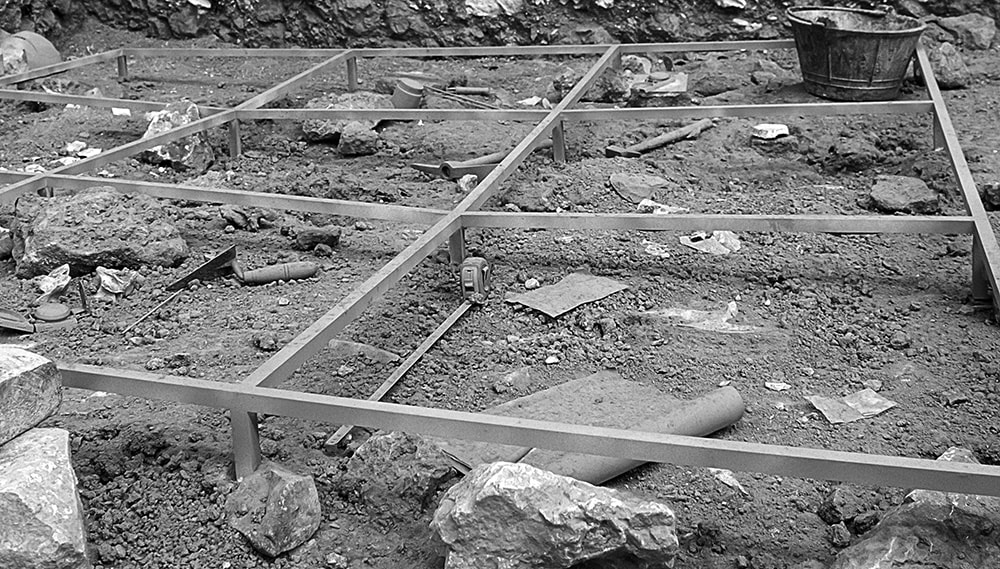 Twins, particularly conjoined twins, have always fascinated scientists. So when an ancient grave was discovered at Angel Mounds with two babies buried together heads facing away, hands joined and legs intertwined, the archaeologist who discovered it speculated they were conjoined twins. More than 70 years later, scientists tested his hypothesis with DNA analyses. DNA tests will not only distinguish between identical and fraternal twins, but they can also tell you whether (or not) your doppelgänger is actually related to you.

Twins are babies that are born together as the result of a single pregnancy. They can be identical (monozygotic) or fraternal (dizygotic). Identical twins develop from a single fertilized egg that splits into form two babies. They share nearly 100% of their DNA.

Fraternal twins on the other hand, result from two eggs, each fertilized by its own sperm. They share 50% of their DNA. Fraternal twins are like ordinary siblings that just happened to be born together.

About 1 in 90 humans births (1.1%) is from a twin pregnancy. Identical twin birthing rate is about 3 in every 1000 deliveries worldwide. This accounts for about 0.3% of the world population.

Fraternal twinning rate varies depending on ethnicity. It can be as high as about 4.5% for the Yoruba in Nigeria to 10% in Linha Sao Pedro, a tiny Brazilian settlement. In the recent years the twinning rate has increased due to the widespread use of fertility drugs.

Approximately half of conjoined twins are stillborn and an additional third die within the first 24 hours. The connection between conjoined twins and the number of organs they shared can vary significantly.

Sometimes conjoined twins have fused skulls but separate bodies, or they may be fused at different areas of the body. Sometimes it’s possible to separate conjoined twins by surgery, especially if they don’t share vital organs.

The most famous conjoined twins in history were Chang and Eng Bunker from Siam (now Thailand). This is where the expression ‘Siamese twins’ comes from. Chang and Eng Bunker were only joined by flesh, cartilage and their livers. Had they been born in the modern times, they could have easily been separated.

Even though it’s likely that at least a small proportion of conjoined twins were born in prehistoric times, there are no archaeological records to confirm such cases. s. Records of twin births are equally rare. The earliest confirmed case of twin births comes from the Neolithic Era (8000 years ago) of a woman who died with her twins at childbirth.

This may be why the discovery of the alleged conjoined twins at Angel Mounds generated so much interest, and a sense of mystery.

Discovery of the alleged conjoined twins

Angel Mounds was a palisaded Middle Mississippian agricultural village in Indiana from around A.D. 1050 – 1400. In 1941, the Indiana archaeologist Glenn A. Black was leading an excavation that discovered two skeletal infants buried in a single grave.

Based on the position of the two skeletons, Black hypothesized the infants were conjoined twins. He suggested that they were “flesh-joined” twins, because there was no evidence to support that they shared any organs or limbs.

STRs are short sequences of DNA (2-13 bases) that are repeated over and over again. The repeat number for each STR marker varies between people. Identical twins (and hence conjoined twins) who share almost 100% of their DNA will have matching STR profiles, while fraternal twins (who only share 50% of their DNA) do not.

But obtaining good quality nuclear DNA from ancient samples can be tricky, because each of our cells only contains two copies of the nuclear DNA genome. This means degradation can reduce the DNA quantity and quality relatively quickly.

Unfortunately, the researchers of the Angel Mound twins were unable to obtain enough nuclear DNA for the genetic analyses. So, they turned to mitochondrial DNA.

MtDNA is maternally inherited (passed from mother to child) and is useful for tracing maternal lineages. People from the same maternal line (such as mother and child, or siblings, or twins) share the same mtDNA profile.

Based on Black’s conjoined twins’ theory, Charla Marshall was expecting the twins to share the same mtDNA profile. But, to their surprise, the infants had different mtDNA profiles. This meant the two infants were not even full siblings, let alone conjoined twins.

If these two infants were not maternally related why were they buried together? It is possible that the infants were half-siblings with a common father. But, this could not be confirmed due to the poor quality of nuclear DNA.

Also, approximately 3-5% of all burials at Angel Mounds were co-burials and group burials. A majority of these remains do not share common mtDNA profiles, suggesting that a maternal relationship wasn’t a requirement for group burials in ancient midwestern societies. The reason behind why ancient Mississippians chose to bury unrelated people together, including these two famous “conjoined” infants, remains a mystery.

The DNA tests conducted in this study have identified two different mtDNA profiles from the Mississippian population of A.D. 1050 – 1400. If you have taken the DNA Maternal Ancestry Test, you can compare your results against these remains to see if you share a similar profile.

Staying off the bench: Soft tissue injuries and the genes behind them
Read more
Weight Loss

The disconnect between diet and evolution, and how it predisposes us to type 2 diabetes
Read more
Behavior