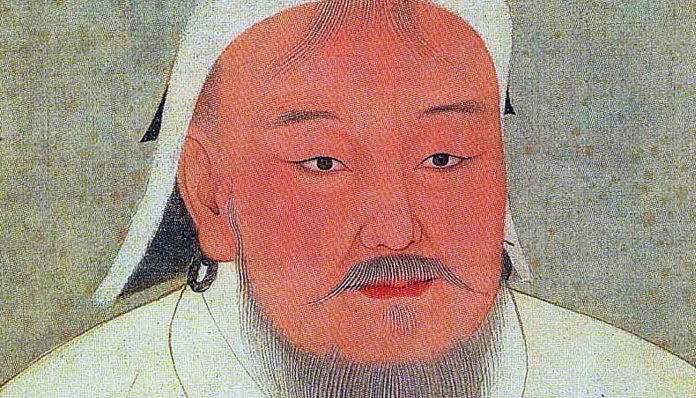 He set out to conquer the world, and founded the largest empire in history. Not only that, he left behind an extensive genetic dynasty. A “Super Y” lineage that is perfectly preserved, so that even more than 700 years after his death, his DNA is still passed down from generation to generation. This is the story of the Father of the Mongol Nation, and the genetic legacy he left behind.

Genghis Khan was a 13th century Mongol Emperor, and one of the greatest conquerors and military minds the world has ever known. He is known for his brutality and bloodthirsty conquests. But Genghis Khan is also remembered as the father of the Mongol Nation, now Mongolia.

Genghis was born as Temüjin around the year 1162, a time when Mongolia was ruled by many different clans and tribal groups. His father, Yesügei, was the leader of the Borjigin clan. His mother, Hoelun, was captured by his father’s clan and forced to become his bride.

When Temüjin was just nine years old, Yesügei took him to live with the family of his future bride. On Yesügei’s travels home, he stopped for what was supposed to be a conciliatory meal with the rival tribe Tartar. There Yesügei was poisoned.

As soon as he heard news of his father’s death, Temüjin returned home to claim his position as clan chief. But the clan refused to accept the young boy’s leadership. Instead Temüjin, his mother and his six siblings were all expelled and forced to hunt and forage for survival.

During this time, Temüjin killed his first victim – his older half-brother, who had started to exercise his power as the eldest male in the family. Temüjin’s troubles didn’t stop there. He was abducted by another clan in his teenage years, and kept as a slave, before making a daring escape.

Even with his rough beginnings, by his early 20s, Temüjin has established himself as a fearless warrior and formidable leader. He started building a large army of more than 20,000 men. His goal was bring together the mainly nomadic tribes in the northern region into a single nation, under his rule.

As he conquered rival tribes, he integrated them into his own tribe offering them protection. This was different from the typical method of driving away the enemy soldiers and abandoning the civilians. He also delegated positions of authority based on merit and loyalty, rather than family ties. These unconventional methods worked to Temüjin’s advantage. He gained a loyal following and became stronger and stronger.

In 1206, when Temüjin defeated the powerful Naiman tribe he was proclaimed “Genghis Khan” (the “universal ruler”) and the leader of the Mongols. He gave the people in central and eastern Mongolia a common identity under his rule of course, and even created a writing system for the Mongolian language based on existing Uyghyr script (a descendant of the Sogdian alphabet).

With the Turkic-Mongol confederations of Central Asia under his banner, Genghis Khan focused his attention on greater conquests. From 1206 until his death in 1227, Genghis Khan set out to clear a path through Asia and Europe. He acquired over 5 million square miles of territory from the Pacific Ocean to the Caspian Sea, and left behind millions dead in his ruthless conquest of invading, conquering, raping and pillaging.

Genghis Khan’s descendants further expanded the Mongol Empire capturing over 9 million square miles from the Pacific Ocean to at least as far as Ukraine and Belarus in Europe, north as far as the Sakh Republic of Russia and south to the bottom of China. The exact stretch of the Mongolian Empire is unconfirmed. But it was by far the largest contiguous empire established in the history of civilization.

The genetic legacy of Genghis Khan

Temüjin’s genetic legacy began when he was around 16 years of age. He married Börte, the bride previously arranged by his father. She was kidnapped after their marriage, but quickly rescued by Temüjin. Just nine months later, Börte gave birth to a son, Jochi. But there’s speculation whether Jochi was conceived while Börte was in captivity.

Börte became Temüjin’s only empress and life companion, giving him three more sons. However, that didn’t mean Temüjin remained faithful to Börte. During his lifetime, he likely had around 500 secondary wives and “consorts,” and multiple other children. But, only Börte’s sons were considered his heirs.

Whether they were heirs or not, every son of Genghis Khan, inherited his Y-DNA – DNA on the paternally inherited Y chromosome. Y-DNA passes essentially unchanged from father to son. Following Genghis Khan’s death, his sons continued to pass on this Y-DNA to their sons, and so on through the generations, spreading it across the expanse of the Mongol Empire.

The Y-DNA profile of Genghis Khan

Large-scale DNA studies have found a specific Y-DNA profile in 8% of the men in the regions conquered by Genghis Khan and his descendants during their rule. These studies looked at markers in the Y-DNA called STRs (short tandem repeats).

STRs are small sequences of DNA on the Y-chromosome that are repeated many times over. They are useful for tracing paternal lineages, because two paternally related men will have exactly the same or very similar Y-DNA STR profiles.

Researchers traced back the origin of this specific Y-DNA STR profile to Mongolia approximately 1000 years ago. It’s likely that Genghis Khan and his paternal descendants carried this lineage. Genghis Khan’s “super Y” lineage still exists in more than 17 million men in Asia and parts of Eurasia, most of them living in areas of the old Mongol Empire.

Do you belong to the “Golden Family?”

Scientists have gone as far as proposing that ‘social selection’ played a large role in the spread and preservation of Genghis Khan’s “super Y” lineage. The idea is that having the DNA from the “Golden Family” was necessary to become a ruler, a tradition that continued even centuries after the rise of the Mongol Empire.

These DNA tests have defined the Y-DNA STR paternal line profile of Genghis Khan. If you have taken the DNA Paternal Ancestry Test, you can compare your DNA against Genghis Khan to see if you have descended from the same paternal lineage.

Find out if you are one of the world’s 17 million people that have descended from the infamous Genghis Khan and his tribe!