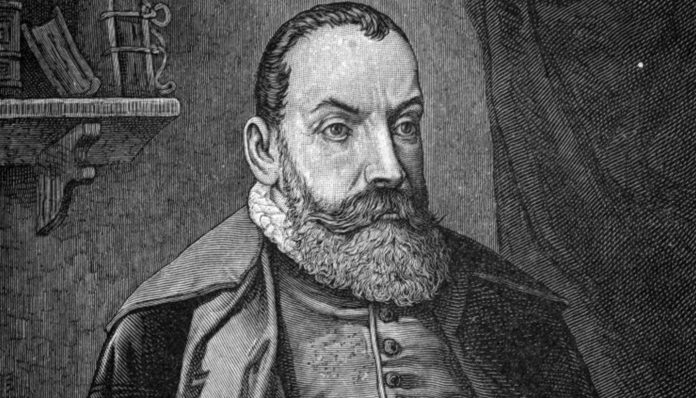 In 1791, more than 200 years following the death of the famous Renaissance poet Kochanowki, a historian retrieved what he thought was Kochanowki’s skull from the family tomb. The skull became a valued historical relic in the Czartoryskis Museum. But, a study of the relic in 1926 questioned whether the skull was authentic, as it appeared to be of female origin. This is the story of how DNA tests resolved the long-standing dispute.

Who was Jan Kochanowski?

Jan Kochanowski was a great Polish poet from the Renaissance period. He’s credited for establishing poetic patterns that later became integral to Polish literature. Jan was born in Sycyna, a small village in Poland.

At 14 years of age, Kochanowski started his 15-year period of study. First at Krakow Academy, followed by the University of Königsberg in East Prussia, and Padua University in Italy.

He then returned to Poland and served as a royal secretary, before settling on his family estate at Czarnolas (“Blackwood”) and marrying Dorota Podlodowska.

Jan was an active humanist and Renaissance poet, writing several hundred compositions in Latin and Polish. He is often referred to as “Jan z Czarnolasu” (“John of Blackwood”) in Poland because his most memorable work was written at his family home.

Kochanowski died in 1584 and was buried in the family tomb at a church in Zwoleń. In 1791, a historian removed a skull that was presumed to belong to Jan Kochanowski from this family tomb.

This skull later became the property of Czartoryskis Museum in Krakow. However, according to an anthropological study of the skull in 1926, the skull actually belonged to a female, thus it couldn’t be Kochnowski’s.

Does the skull actually belong to Jan Kochanowski?

In 2011, scientists were finally able to use genetics to solve this long-standing dispute. The first aim of the genetic analysis was to determine if the skull belonged to a male or female.

DNA was extracted from a single tooth removed from the famous skull, and analyzed to detect for the gender-specific amelogenin gene.

In the case of the skull, the amelogenin profiles indicated an XX genotype, corresponding to a female skull. There was also a complete absence of any genetic signals from 17 different Y chromosome markers. In other words, there was no Y chromosome present, so the remains had to be from a female.

Mitochondrial analysis of the skull

But, who was this female? Researchers next turned to mitochondrial DNA analysis for possible clues.

Mitochondrial DNA (mtDNA) analyses are often more successful than nuclear DNA for ancient remains. This is because there are hundreds of mitochondria in each of our cells, compared to the only two copies of nuclear DNA.

It’s strictly maternally inherited (mother to child) and has a rapid evolution rate. For these reasons mtDNA can be used to trace maternal lineages and to indicate the region of the world an individual was likely from.

Three regions of the mitochondrial genome can be sequenced: the non-coding HVR1 and HVR2 regions and the coding region. The HVR regions provide the most variation and information for the analysis of ancient remains. DNA profiles of these regions from the tooth, identified a relatively frequent mtDNA profile among contemporary Europeans.

DNA analyses can now also determine specific traits (e.g. eye color) from unknown remains. This can be useful when trying to confirm the identify of remains. In this case, analyses determined the unknown women (whom the skull was from) most likely had dark eyes.

The skull may belong to his wife, Dorota

DNA tests therefore confirm the claim of the anthropologists. The presumed skull of Kochanowski belongs to a female, so it can’t possibly belong to Jan Kochanowski.

It has been speculated that the skull actually belongs to his wife, Dorota. Dorota was around 50 years old at her death (the same age as that predicted for the skull), had dark eyes (as predicted by genetic analysis of the skull) and was buried in the same tomb as Jan.

It’s possible that the historian accidentally retrieved the wrong skull in 1791. Therefore, the Czartoryskis Museum has been proudly displaying the skull of Dorota rather than Jan Kochanowski.

If maternal descendants of Dorota can be identified, it will be possible to compare their mtDNA profiles to that obtained from the skull, and one day determine the true identity of this famous skull.

If you have taken the DNA Maternal Ancestry Test, you can compare your mtDNA against the putative mtDNA profile of Dorota Kochanowski (née Podlodowska), to see if you may have descended from the same maternal lineage as this Polish woman.

Have trouble staying awake? It might be narcolepsy!
Read more
- Advertisement -