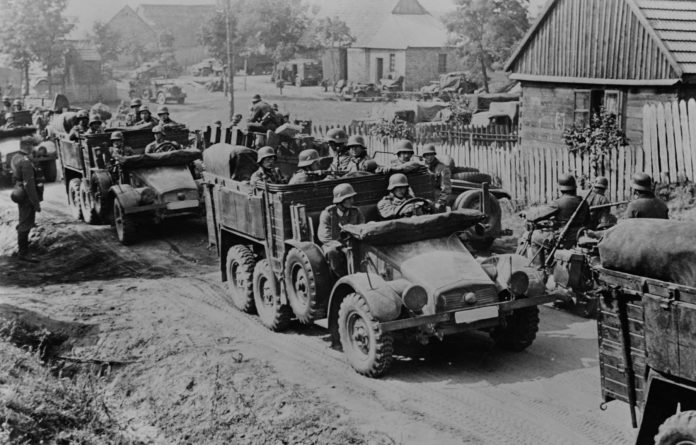 More than 60 million people died during World War II. Many buried in mass graves scattered all across Europe. The bones in these graves are often all mixed together when they are discovered, rendering typical identification procedures impossible. In many cases, DNA analyses have proven useful in identifying the skeletal remains, however, it is often hindered by the lack of available reference samples. Below are stories from three such mass grave discoveries in Croatia, Italy and Slovenia. And, how your DNA can help identify victims of World War II.

World War II was the deadliest conflict in all human history, lasting six years from 1939 to 1945. It divided countries around the world into two opposing military alliances: the Allies (UK, France, US, Russia, China) and the Axis (Germany, Italy, Japan).

There were millions of casualties of war, but the total number is unknown, as many deaths went unrecorded. Over 60 million people died in the war according to records. More than 40 million were civilians killed by genocide, massacres, mass-bombings, disease and starvation.

Many of the victims of WWII were buried in mass graves, scattered all across Europe. Thousands of these graves have been discovered since the war. Often the bones are all mixed together, making it difficult to determine how many skeletons are in each grave, let alone identify the remains.

Most of the typical identification procedures (fingerprints, dental analyses, clothing, morphological data etc.) are also not feasible. So, investigators often rely on DNA analyses to identify these remains.

A need for more reference samples

Studies highlighted below illustrate how DNA analyses is useful for identifying skeletal remains, even from mass graves that are over 70 years of age. But, the lack of available reference samples often hinders the process of identification.

For example, the grandson and great-grandson of a missing male soldier still share the same Y-DNA as their missing relative. Likewise, people related through the maternal line to a war victim will share the same mtDNA profile.

This means your mtDNA and Y-DNA profiles can help identify casualties of war, even if they are separated from you by several generations.

The science behind DNA analyses

Everyone’s DNA is different. We each inherit some DNA from our mother and some from our father. From generation to generation this DNA is recombined (mixed), to make us all unique.

Therefore, only men have Y-DNA and it’s passed essentially unchanged from father to son along the direct paternal lineage.

Men that are paternally related within the last few generations have identical or very similar Y-DNA STR profiles. This provides an accurate way to trace paternal lineages. And, it’s possible to confirm the identity of unknown remains by matching Y-STR profiles to paternal reference samples (e.g. a son or grandson of a missing man).

Mitochondrial DNA (mtDNA) is the DNA in the mitochondria, a small organelle housed within our cells. Each of us (male and female) inherit mtDNA only from our mothers, which means mtDNA is strictly maternally inherited.

A single cell contains hundreds to thousands of copies of the mtDNA genome. This means there’s a higher chance of obtaining enough mtDNA for analyses of degraded or ancient samples, compared to just two copies of most of our nuclear DNA, or just a single copy of Y-DNA in males.

In 2005, skeletal remains of 18 male victims were discovered in a mass grave near Zagvozd, Croatia. It was speculated that the bodies belonged to a group of 19 civilians (including at least eight friars), who were allegedly tortured and killed in the village of Zagvozd in the Dalmatian mountains. Evidence suggested the bodies were initially buried near the execution site, before they were moved to a field just outside the village.

Morphological analyses revealed gunshot wounds in eleven of the skeletons. The arms of six skeletons were tied with wire. To identify the remains partial Y-DNA STR profiles (up to 17 STR markers) were generated from teeth and bone samples from each skeleton.

These Y-DNA profiles were compared to available reference samples of people who had lost family members during the war.

Researchers confirmed that three of the skeletons belonged to three friars, who were captured and killed during the war. However, they were unable to identify the remaining skeletons, because they did not match to any of the available reference samples.

A mass grave was discovered in northern Italy with several skeletons all mixed together. The remains may belong to several different groups, who all lost their lives in the area – including Germans, Allied forces, RSI troops, members of the Italian resistance movement and civilians.

However, it’s possible there were more than seven people buried in the grave. People who are maternally related (e.g. brothers) share the same mtDNA profile, and can’t be distinguished using mtDNA analyses.

It is estimated that tens of thousands of missing persons in Slovenia were killed during World War II. Around 600 mass graves have been discovered in Slovenia so far.

One study from 2009, illustrates the benefits of using Y-DNA STRs for identifying remains. In this study partial Y-DNA STR profiles were generated from over 40 skeletons found in mass graves in the Škofja Loka and Ljubljana areas of Slovenia. Six of these matched to available reference samples. Many more skeletons will likely be identified as reference numbers increase.

Your DNA can help identify victims of World War II

Moving, grooving, exercising and genes: The secret behind your love of exercise
Read more
Famous DNA

Did you know you can compare your DNA to the mountaineering Messner brothers?