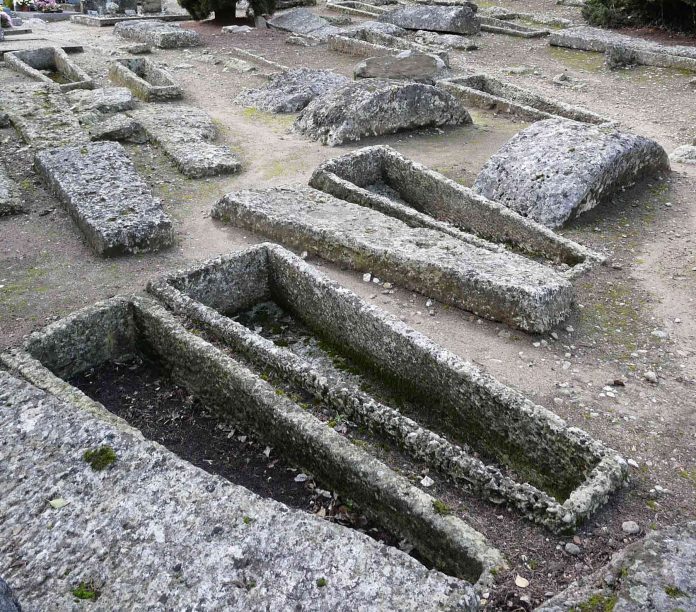 We can learn a lot about social aspects and cultural practices of ancient communities from their burial grounds. For example, relationships within and between burial sites give insight into family status within a society, and their funerary practices. According to findings from Jau-Dignac et Loirac necropolis, the Merovingians buried closely family together in a single coffin, while distinct sites were reserved for distantly related people.

Who were the Merovingians?

The Merovingians were a powerful dynasty that ruled over the confederation of Germanic people known as the Franks for nearly 300 years, from the 5thto 8thcenturies. They exercised control over much of modern-day France, Germany, Switzerland, Austria and the Low Countries.

The Merovingian kingdoms were one of the most powerful political powers to rise after the collapse of the Western Roman Empire. Their kings as sometimes referred to as the “long-haired kings” as they kept long hair to distinguish them among the Franks, who commonly kept their hair short.

What is a Merovingian necropolis?

A Merovingian necropolis is an ancient burial ground. Many of these ancient ‘cities of the dead’ infact resemble small cities, containing elaborate tombs with multiple chambers and intricate details.

The burial practices of the Merovingians are currently unknown. Much of what we know about them comes from studying their graves. The study highlighted here focused on the Jau Dignac et Loirac necropolis.

This sarcophagus contained remains of three people: an older male and two young adults one female and one of undetermined gender. According to mtDNA profiles the older man and the young female were maternally related to each other. But the third individual was not maternally related.

Remains of three individuals were found in this coffin: a young, likely female adult, a young female and an infant. The two women shared a mtDNA profile, however the infant was not maternally related to either of the females.

This coffin also contained remains of three people: two males, and a young female. MtDNA analyses concluded that the two males were not maternally related. However, it’s possible that there’s some familial relationship between the men (e.g. paternal relationship).

Mitochondrial DNA has numerous advantages over nuclear DNA for the analysis of ancient remains. But, mtDNA can only uncover maternal relationships, a distinct disadvantage of this technique.

The DNA tests conducted in this study have identified six different mtDNA profiles from the Merovingian rulers of the 7th– 8thcentury AD. If you have taken the DNA Maternal Ancestry Test, you can compare your mtDNA against them to see if you share a similar mtDNA profile.

From pig pancreases to bacteria that make human proteins: Insulin and the risk of type 2 diabetes
Read more
Fitness

Are you related to this great Irish king?
Read more
Famous DNA

Are you one of 17 million males that have descended from the father of the Mongol Nation?
Read more
Cardiovascular Health