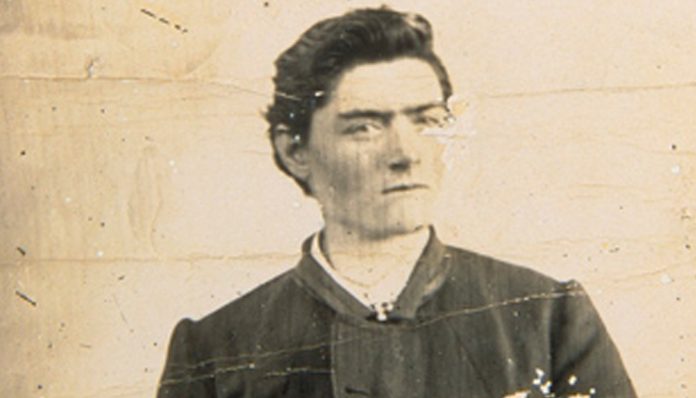 To some, Ned Kelly was a hero who challenged authorities for mistreating the poor. To others he was an outlaw that murdered three police officers. Even more than 125 years after his hanging, the mere discovery of the remains of Australia’s most infamous outlaw was enough to stir up old tension within the nation. This is the story of the fate of Ned Kelly’s remains. And how DNA tests identified them from a pit of skeletons at the former Pentridge prison.

Who was Ned Kelly?

Ned Kelly, the last of the “bushrangers” was an infamous Australian outlaw. Yet, he is also considered as a legend and a folk hero. His life has been memorialized by painters, poets and filmmakers. To understand the reason behind his fame and his legacy, we need to know a bit about the life of Ned Kelly.

When Ned was around 11 years old, Red was convicted for unlawful possession of meat. He was sentenced to six months in prison with hard labour, because he couldn’t pay the fine.

Red died in prison, leaving young Ned the primary bread winner of the family. His father’s death and how his father had been treated by the police, left a lasting impression on young Ned. There’s also evidence that Kelly’s family may have been unfairly targeted from the time they moved to northeast Victoria following Red’s death.

An outlaw in the making

Historical records indicate that Ned’s first criminal offence was at just 14 years of age, when a local pig and fowl trader claimed that Ned had assaulted and robbed him. Although Ned’s story differed, he was arrested the following day.

He was held in custody for more than 10 days (likely due to the Sergeant’s personal vendetta against the Kelly family), until the charges were eventually dismissed.

Needless to say, Ned’s offences escalated from there on. At 16 years, he was imprisoned for stealing horses. At 23 years he was indicted for the attempted murder of a police officer. Ned fled to the bush with his brother, Dan, and together they formed the Kelly gang.

Over the next two years, the gang was involved in several bank robberies and murders, including three police officers that had been sent to apprehend the group.

Getting away with murder

How did a murderer, one who had killed a police officer no less, manage to evade the authorities for so long? It was because Ned had many sympathizers. Other poor Irish ‘rebels’ who saw Ned as their heroic anti-establishment figure fighting against the British authorities.

Some historians claim that the independence the Irish believed they had from the authorities contributed to the final showdown between the Kelly gang and the police in 1880. At this encounter, all of the gang members were killed, apart from Ned.

However, even with his so-called bulletproof armor, Ned was severely wounded. He was sentenced to hanging at the Old Melbourne Gaol, and buried in the “old men’s yard.” It was also reported that medical students had illegally dissected his body. However, this was strongly denied by the gaol’s governor.

What happened to Ned Kelly’s remains?

In 1929, multiple bodies in the graveyard were uncovered during demolition work. These remains were reburied in three pits at Pentridge prison. But not before several skeletal parts were stolen, including the skull from the grave marked with the initials “E. K.” believed to belong to Edward ‘Ned’ Kelly.

Seventy years later, the Pentridge prison was sold for a commercial development. The skeletons of the prisoners were once again uncovered. According to records, Ned’s remains were with 14 other skeletons in Pit C. A multidisciplinary team of scientists, historians and legal experts was formed to identify and catalogue the prisoners’ remains.

Genetic analyses of the prisoners’ remains

Accurately identifying old skeletons using genetic analyses relies on the ability to compare the DNA profile from the skeleton to a reference. The reference would be somebody related through either the direct paternal or maternal line.

In this case, the researchers identified a maternal descendant of Ned’s mother. Therefore, they opted to use mitochondrial DNA (mtDNA) which is strictly maternally inherited.

After generating mtDNA profiles for multiple different skeletons, they found a skeleton with a profile that matched perfectly to the descendant of Ned’s mother.

Anthropological analysis of this skeleton also identified several pathological features that correlate with the severe wounds inflicted upon Ned Kelly during his final confrontation with the police.

What happened to Ned Kelly’s skull?

Only limited parts of Ned’s skull were recovered with his skeleton. This agrees with historical records that Ned’s skull had been stolen in 1929.

So, what did actually happen to Ned’s skull? Interestingly, the scientists also observed several saw cuts at the third and fourth cervical vertebrae on Ned’s skeleton.

This provides strong evidence that the rumors of an illegal dissection were true. Perhaps this was when the skull of this infamous outlaw was lost forever.

Are you related to this infamous outlaw?

In 2013, more than 130 years after his death, Ned’s remains were reburied in a small cemetery among his relatives. His grave remains unmarked to minimize vandalism. Because while to some Ned Kelly represents the maverick spirit of early Australia that appeals to the individuality of Australians, others (like the police in Victoria) strongly believe that Kelly should not be revered as a hero.

Either way, the mtDNA profile of Ned Kelly has been determined. If you have taken the DNA Maternal Ancestry Test, you can compare your mtDNA against Ned Kelly to see if you may have descended from the same maternal lineage as this infamous Australian outlaw.

Did you know you can compare your DNA to Nicolaus Copernicus?

PPARGC1A, the gene that foils the best-laid plan to boost your endurance
Read more
Famous DNA

Are you related to the mysterious Dark Countess?
Read more
- Advertisement -