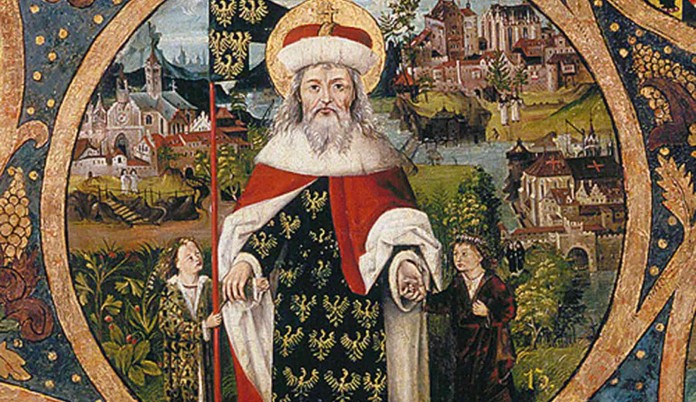 Everyone knows that it’s common practice for titles to pass from the father to the eldest son. Then why did Leopold III, Margrave of Austria, overlook his first-born son, Adalbert, and instead pass on his title to his second son Leopold IV? DNA analyses of the remains of Saint Leopold and his son’s add to this mystery!

Who was Saint Leopold III?

Leopold III was from the House of Babenberg, a prominent family in Austria. In 1095, he succeeded his father as the Margrave of Austria, a position he held until his death in 1136.

Leopold is remembered for the development of Austria. He was the founder of several monasteries, including the Klosterneuburg, Heiligenkreuz and Seitenstetten.

The mystery of Saint Leopold’s successor

Saint Leopold married twice. His first wife, from the von Perg family, died in 1105. The following year he married Agnes of Germany, the widowed daughter of Henry IV (Holy Roman Emperor), with whom he had 17 children.

Upon his death, his eldest son, Adalbert, was ignored in the line of succession in favor of another son, Leopold IV. The reason behind this uncommon succession is unknown.

Historians speculate that maybe Adalbert was not Agnes’ son. Instead, he was Saint Leopold’s son from his first marriage or an earlier unknown relationship.

Solving the mystery with genetic analyses

Initial DNA tests confirmed the gender of each skeleton – two males and one female. Next, they analyzed 15 different genetic markers in the autosomes – the chromosomes not involved in sex determination.

This parentage analysis showed that the markers from Adalbert’s presumed skeleton had one marker in common with each parent at each marker tested – as expected for a parent-son relationship.

Both paternal (Y-DNA) and maternal (mitochondrial DNA) analyses were used to further confirm this parentage.

Y-DNA is passed down unchanged from father to son along the direct paternal lineage. The Y-DNA profiles from the skeletons attributed to Saint Leopold and Adalbert were identical, indicating that they descended from the same paternal lineage, as expected for a true father and son pair.

Mitochondrial DNA (mtDNA) is passed down from mother to child along the direct maternal lineage. Once again, this agreed with the initial parentage analysis.

This same study also analyzed DNA from another skeleton. It was thought to belong to Ernst, a known son of Saint Leopold and Agnes.

But, the DNA profile from this skeleton didn’t match that of the supposed parents. This meant the skeleton attributed to Ernst actually belonged to an unrelated individual.

But who was this person? Were the skeletons of Adalbert and Ernst swapped at some point? Could the skeleton ‘presumed’ as Adalbert’s really belonged to Ernst?

Historical records indicate that extensive renovations took place in the monastery of Klosterneuburg in the middle of the 13th century. This would support the theory of a skeleton swap.

If that were the case, it would mean that Adalbert was not the son of either Saint Leopold or Agnes. Maybe he was an illegitimate son of Saint Leopold’s first wife? Here’s a perfectly understandable reason for Adalbert was ignored in the line of succession as Margrave of Austria.

However, there is currently no other evidence supporting a skeleton swap. Adalbert may really have been a biological child of Saint Leopold and Agnes. In which case, we may never know the true reason as to why he was not his father’s successor.

Are you related to notable German historical figures?

There are many notable historical figures in these two lineages, including Henry V, Holy Roman Emperor and Bertha of Savoy. If you have taken the DNA Maternal Ancestry Test, you can see if you may have descended from the same maternal lineage as Agnes of Germany. Likewise, if you have taken the DNA Paternal Ancestry Test you can determine if you have descended from the same paternal lineage as Saint Leopold III.