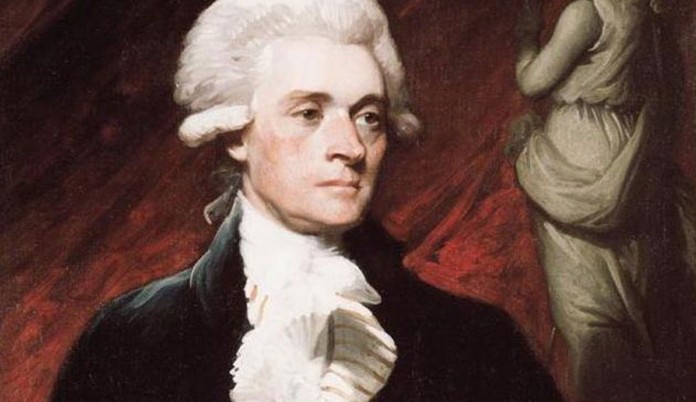 Fathers and sons look alike, but so do uncles and nephews. Was Thomas Jefferson the father of Eston Hemings, or was he just his uncle? This is the tale of a controversy with a 200-year-old past, what genetic analyses reveal about the relationship between Thomas Jefferson, Sally Hemings and her children.

Thomas Jefferson, the 3rd of 10 children, was born to a prosperous family in Virginia in their plantation in Albermarle County called Shadwell.

His father, Peter Jefferson, was a planter and surveyor. Jefferson’s mother, Jane Randolph, was the cousin of Peyton Randolph, the first President of the Continental Congress.

Thomas Jefferson was a jack-of-all-trades. He was an agriculturalist, horticulturist, architect (he was the principal designer of his famed home “Monticello”), etymologist, archaeologist, mathematician, cryptographer, surveyor, paleontologist, author, lawyer (admitted to the Virginia bar in 1767), inventor, and violinist.

Jefferson’s career in government was long-standing. He was one of the most influential founders of the United States. In 1776, at just 33 years of age, Jefferson was the primary author of the Declaration of Independence. In this document each of the individual colonies in North America declared independence from the Kingdom of Great Britain.

Independence Day in America on the 4th of July celebrates the approval and adoption of this declaration by Congress.

In 1801, he became the third president of the United States (1801-1809). Jefferson was the first Democratic-Republican President. He was also the first to start and end his presidency in the White House.

Being a public figure, especially the President of the United States, often comes with scandal. Even Jefferson, who’s considered one of the most brilliant men ever to occupy the Presidency, wasn’t immune to scandal.

The controversy of his relationship with Sally Hemings, a slave at his plantation, hit the public arena during his first term. The political journalist James T. Callender published an article that Jefferson “kept, as his concubine, one of his own slaves” by the name of Sally.

Even before the article, there had already been rumors of a relationship between Jefferson and an enslaved woman. Calendar’s story just made it much more widespread.

What evidence supported these rumors?

To understand that, we need to first delve in to Jefferson’s private life and the children of Sally Hemings. At the age of 26, Jefferson inherited land from his father just outside of Charlottesville, Virginia, and started designing and building his own plantation “Monticello.”

When Jefferson’s father in-law passed, Jefferson’s wife (Martha) inherited his many slaves. They included Sally Hemings and her siblings, who were half-siblings of Martha.

The first encounter between Jefferson and 16-year-old Sally was believed to have happened after 1787, when Sally accompanied Jefferson’s youngest daughter to Paris where a widowed Jefferson was serving as minister to France. Sally’s first son, Thomas Woodson, was likely born in 1790, right after Jefferson and Sally returned from France.

Many of Sally’s other children also had a physical resemblance to Jefferson. Both Jefferson and Sally were in residence at Monticello at the time that each child would have been conceived. According to Madison, (Sally’s second youngest son), Sally had admitted to him that Jefferson was the father of all her children.

It’s also noteworthy that Sally’s children had names that were important in the Jefferson family, rather than the Hemings family. Each child appeared to have received preferential treatment compared to other slaves owned by Jefferson.

These included lighter duties and knowledge of tasks that would enable them to earn a living as free adults. Only Sally and her children were given freedom, or allowed to “escape,” from the Monticello property.

Jefferson himself refused to respond to these personal attacks. His daughter Martha Jefferson Randolph privately denied the reports.

The Jefferson biography (American Sphinx: The Character of Thomas Jefferson) author Joseph J. Ellis   was convinced that the likelihood of a relationship between Jefferson and Hemings was remote.

Resolving the controversy with DNA

In 1998, scientists attempted to “resolve” this historical controversy using Y-DNA. Were Sally Hemings’ sons, Thomas Woodson and Eston Hemings, fathered by Jefferson, or his nephews Samuel or Peter Carr?

Y-DNA refers to the DNA on the male Y-chromosome, which is passed down unchanged from father to son. Y-DNA STRs (short tandem repeats) are small sequences of DNA on the Y-chromosome that are repeated many times over, and are useful for trace paternal lineages. Two paternally related males would have exactly the same or very similar Y-DNA profiles.

Results of the DNA test:

So what do these DNA results mean?

The match between Jefferson and Eston Hemings indicates that they are from the same paternal lineage. BUT, these genetic tests can’t confirm the exact relationship type (father/son, uncle/nephew, etc.).

At the time Easton was conceived, atleast 25 adult male Jefferson’s with the same Y-DNA profile were living in Virginia according to historians.  And several of them have visited Monticello.

A few years after the DNA analyses, the Thomas Jefferson Foundation formed a research committee that weighted all known evidence – DNA data, original documents, written and oral historical accounts and statistical data – to conclude that it was highly probable that Jefferson was the father of Easton Hemings, and perhaps all six of the Hemings children.

But a separate committee formed by the Thomas Jefferson Heritage Society, who reviewed essentially the same material, came up with an alternate conclusion. They suggested that Jefferson’s younger brother Randolph was more likely to be the father of Sally’s children.

Regardless of whether or not you believe Thomas Jefferson fathered Sally Hemings children, the Y-DNA profile of Jefferson is now available for comparison. If you have taken the DNA Paternal Ancestry Test, you can find out whether you may have descended from the same paternal lineage.

Genetics and the risk of autoimmune disease
Read more
Ancestry