Uncovering the maternal lineage of Sven II of Denmark 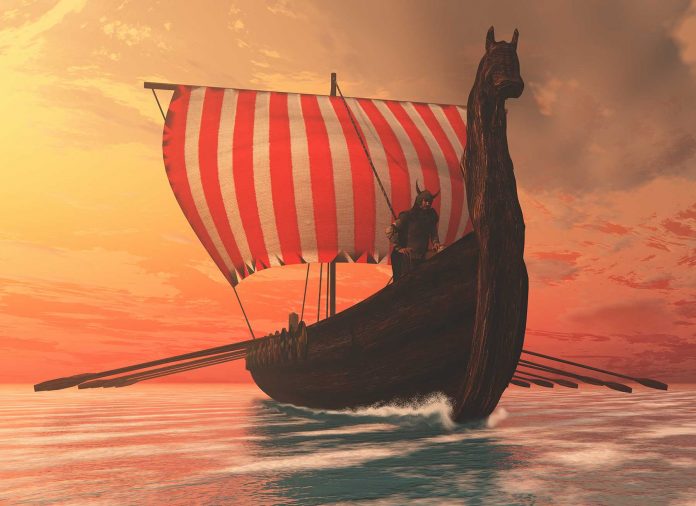 Sven Estridsen was the last Viking King of the Scandinavian Viking Era. His mother Estrid Svendsdatter was the daughter of King Sweyn I of Denmark. It was his mother Estrid’s connections that granted Sven Estridsen the throne of Denmark. Upon his death remains of King Sven were entombed in a church in Roskilde, and later moved to a pillar tomb in the new cathedral, the burial place for members of the royal Danish dynasty. In 2007, DNA analyses were performed on the remains of King Sven to reveal the maternal lineage of the last Viking King.

Sven Estridsen was the last Viking King of the Scandinavian Viking Era, which lasted from the 8th century to the 11th century. He was a tall, powerful man who was courageous in battle, but was not very successful as a military leader.

This unusual king is also known to have minted his own coins. Sven was married three times, and many legitimate and illegitimate children. His legacy includes five future kings of Denmark.

Sven’s mother, Estrid Svendsdatter, was the daughter of King Sweyn I of Denmark. Cnut the Great who was King of Denmark, England and Norway was her brother.

It was his mother’s bloodline that assured Sven Estridsen (aka Sven II of Denmark) a place in the Danish line of succession. Sven emphasized this fact by taking the matronymic surname of Estridsen after her. Estrid was known in Denmark as Queen Estrid (Dronning Estrid), even though she wasn’t married to a king or wasn’t a queen reagent.

During the peak of Viking Era, the Danish controlled large parts of Western Europe. But, by the time of Sven Estridsen’s reign the Nordic power over Europe had dwindled. Danes had adopted Christianity by this time.

Queen Estrid was a key figure involved in Christianity in Denmark. She is said to have initiated building of the church in Roskilde (near Copenhagen), where the royal Danish dynasty buried their dead.

According to historical documents, remains of King Sven were entombed in this church. And, when the church was replaced with a brick cathedral about 150 years later, they were moved to a pillar tomb in the new cathedral.

Analyzing the remains of the last Viking King with DNA

In 2007, researchers used mitochondrial DNA (mtDNA) analyses to trace the maternal lineage of King Sven. The study included another skeleton that was buried next to Sven, thought to belong to his mother Queen Estrid.

High copy number (hundreds of copies per cell) and the rapid evolution rate of mtDNA make it the most suitable and informative DNA type for the analysis of ancient human remains. Also the strict maternal inheritance (passed on from mother-to-child only) makes it ideal for tracing maternal lines.

Three regions of the mtDNA can be analyzed – two non-coding regions HVR1 and HVR2, and the coding region. Researchers extracted tooth samples from each skeleton, and generated mtDNA profiles form the HVR1 (hypervariable region 1) region.

When they compared King Sven’s mtDNA profile to that of the presumed skeleton of Queen Estrid, there were two differences between the profiles. Since mtDNA is maternally inherited, King Sven and Queen Estrid should share the same mtDNA profile. This meant that it is highly unlikely that the remains entombed next to King Sven actually belong to his mother.

The remains of Sven and Estrid are resting back in their pillar tombs. However, we know now that the female remains in the tomb labelled “Margrethe, alias Estrid, Queen of Denmark” do not belong to Sven’s mother.

The DNA tests conducted in this study have defined the mtDNA profile of the last Viking King, Sven Estridsen. If you have taken the DNA Maternal Ancestry Test, you can compare your mtDNA against Sven Estridsen to see if you may have descended from the same maternal lineage as the last Danish King of the Viking Era.

Moving, grooving, exercising and genes: The secret behind your love of exercise
Read more
Famous DNA

Are you related to the mysterious Dark Countess?
Read more
Fitness