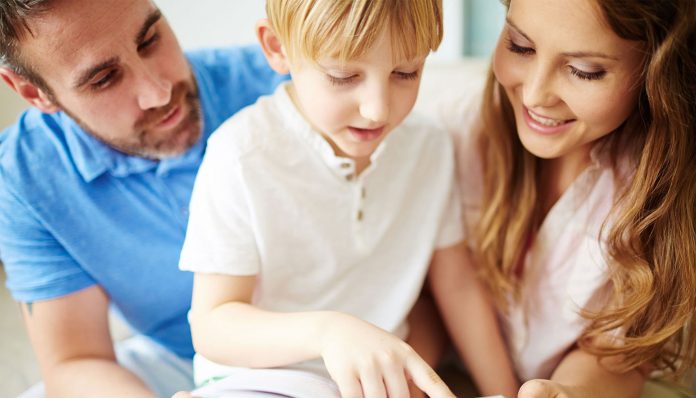 Fragile X syndrome includes a group of disorders caused by genetic changes in the FMR1 gene. FMR1 encodes the FMRP1 protein. This protein helps set up the cognitive pathways in the brain that involve memory, attention, judgement and knowledge. People with fragile X syndrome do not make enough FMRP1, so their brains do not develop properly. At birth, fragile X babies appear perfectly healthy. They do not show any signs of mental impairment until they are 6-8 months old. From that point onward, the symptoms become more obvious. These babies take longer to develop skills like sitting, walking and speaking. The physical characteristics associated with fragile X (a long face, protruding ears, large head, prominent forehead and jaw) do not become noticeable until these children are much older.

The part of the FMR1 gene that is responsible for fragile X is known as a trinucleotide repeat region. This is a small part of the DNA that gets repeated multiple times. Normal individuals have 4-44 repeats, people with 55-200 repeats have what is called a ‘premutation’, and people with fragile X syndrome have more than 200 repeats. Once the repeat size goes over 200, the body stops making FMRP1.

Women with a premutation (55-200 repeats) are at increased risk of producing eggs that have even more repeats. Hence, they are at a higher risk of having a child with fragile X syndrome. Individuals with a premutation often show no signs of fragile X syndrome themselves, and will typically not even know that they carry a “pre-disease” gene. However, later in life, they are at higher risk of developing other fragile X-associated diseases, including fragile X-associated tremor ataxia, which is a neurodegenerative disease.

Approximately 1 in 4000 boys and 1 in 8000 girls are born with fragile X syndrome every year. While this is not as frequent as the 1 in 800-1000 babies born with Down syndrome, the difference is that fragile X is usually inherited. Genetic tests can help parents find out if they carry a premutation, and to identify affected infants at an early stage. Early detection can allow for early intervention and treatment, providing the best outcomes for affected children. There is no cure for fragile X syndrome. However, the developmental delays can be managed through speech, occupational and physical therapies, combined with drugs to target specific symptoms, such as autism and anxiety.

Fragile X syndrome is one of the most common diseases that cause mental impairment. Most children with this syndrome will need to be cared for throughout their lives. A simple genetic test can tell you if you are a premutation carrier. This is particularly important for women, because a mothers with a premutation has up to a 50% chance of having children with fragile X syndrome. The closer the premutation repeat size is to 200, the higher the chance of having a child affected by fragile X syndrome. A simple genetic test might offer you peace of mind, whether you chose to have children or not. In a world where there is a choice for knowing the risk, making the choice to know may be more than half the battle.

Was Ötzi one of your ancestors?
Read more
Nutrition