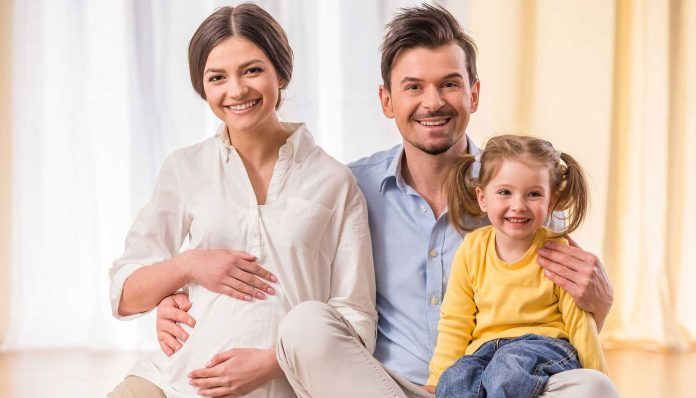 When Eden Gold was born, she was a perfect, healthy baby girl. By the time she was 9 months, Caroline, her mom, knew something was wrong with Eden. A visit to the neurologist revealed Eden had mucolipidosis type 4, a rare genetic disease that causes neurodegeneration among other symptoms. Eden will not develop beyond the age of a 2 year old, she may not be able to walk or talk and she will probably go blind before her teen years.

Then there’s Gary and Bianca Sakol. They were told their unborn baby had Canavan disease, a progressive and lethal neurodegenerative disease. If they chose to have this baby, he or she would probably not have survived the first few years of life. The baby would never be able to sit or speak properly and the symptoms would only get worse. Knowing what the disease meant for the quality of their child’s life the couple decided to terminate the pregnancy.

Finally, meet Naomi Walker, an accomplished lawyer and an advocate to the disabled. She had familial dysautonomia, a genetic condition that affects the development and the survival of nerve cells. Growing up, Naomi had a feeding tube, a back brace and faced frequent bouts of pneumonia, lung infections, osteoporosis, poor motor skills and impaired growth. She died at the young age of 46 due to complications related to her genetic condition.

These are three examples of devastating genetic diseases, all of them with no cure. The one thing Eden, Naomi and the Sakol’s have in common is their ancestry; they are all of Jewish descent. And mucolipidosis type 4, Canavan disease and familial dysautonomia are all examples of Jewish genetic diseases.

Jewish genetic diseases are rare disorders that occur more often in people of Jewish descent than in the general population. For example, Tay Sachs disease, a fatal progressive neurodegenerative disease, has a carrier frequency of 1 in 25-31 people of Ashkenazi Jewish heritage. Tay Sachs disease (like many other Jewish diseases) is an autosomal recessive condition, meaning that two copies of the defective gene are required before disease symptoms occur. Carriers are unaffected people who have one normal gene and one defective gene. When two carriers have a child, there is a 25% chance that the child will inherit two defective genes and suffer from Tay Sachs. Since the implementation of voluntary carrier and prenatal screening in 1970, the incidence of Tay Sachs disease has decreased by 90% in North America. Although the incidence of disease has been significantly reduced, the frequency of asymptomatic carriers still remains high, so screening is still essential.

There are over 40 Jewish genetic diseases and unfortunately, only a handful of these can be effectively treated. They are more common in Jewish people because of what is known as the ‘founder effect’, when a small number of people (the founders) give rise to a large population of people in a short period of time. The 10-11.2 million Ashkenazi Jewish people that live around the world today can be traced back to a much smaller group (known as founders) from Eastern Europe. These founders had minor genetic defects that were amplified over time, causing many Ashkenazi Jewish individuals to become carriers of genetic diseases.

In Eden’s case, her parents did get screened before they got married. Unknown to them however, of the 16 Jewish genetic diseases that were being screened for in the US in 2004, Caroline was tested for 8 and Randy was only tested for 2. Sadly, for the family, mucolipidosis type 4 was one of those diseases that was missed. Prenatal screening provided the Sakol’s with a choice, the choice to terminate the pregnancy. Even though this may have been the best choice for them given the severity of Canavan disease, having to make such a decision is no less traumatizing or devastating to a parent than discovering their child has a life threatening disease. Naomi Walker on the other hand defied the odds – her life serves as an example of the medical breakthroughs that have allowed better management and treatment of severe genetic diseases, like familial dysautonomia.

Carrier screening was, and continues to be, instrumental in reducing Tay Sachs disease and the same approach can be used to battle other Jewish genetic diseases. In the next few decades we will enter an era where our genetic makeup will dictate many more aspects of our lives and not only healthcare. Like prenatal screening and pre-implantation diagnosis, personal genomics will certainly have a tremendous impact on reducing inherited diseases.