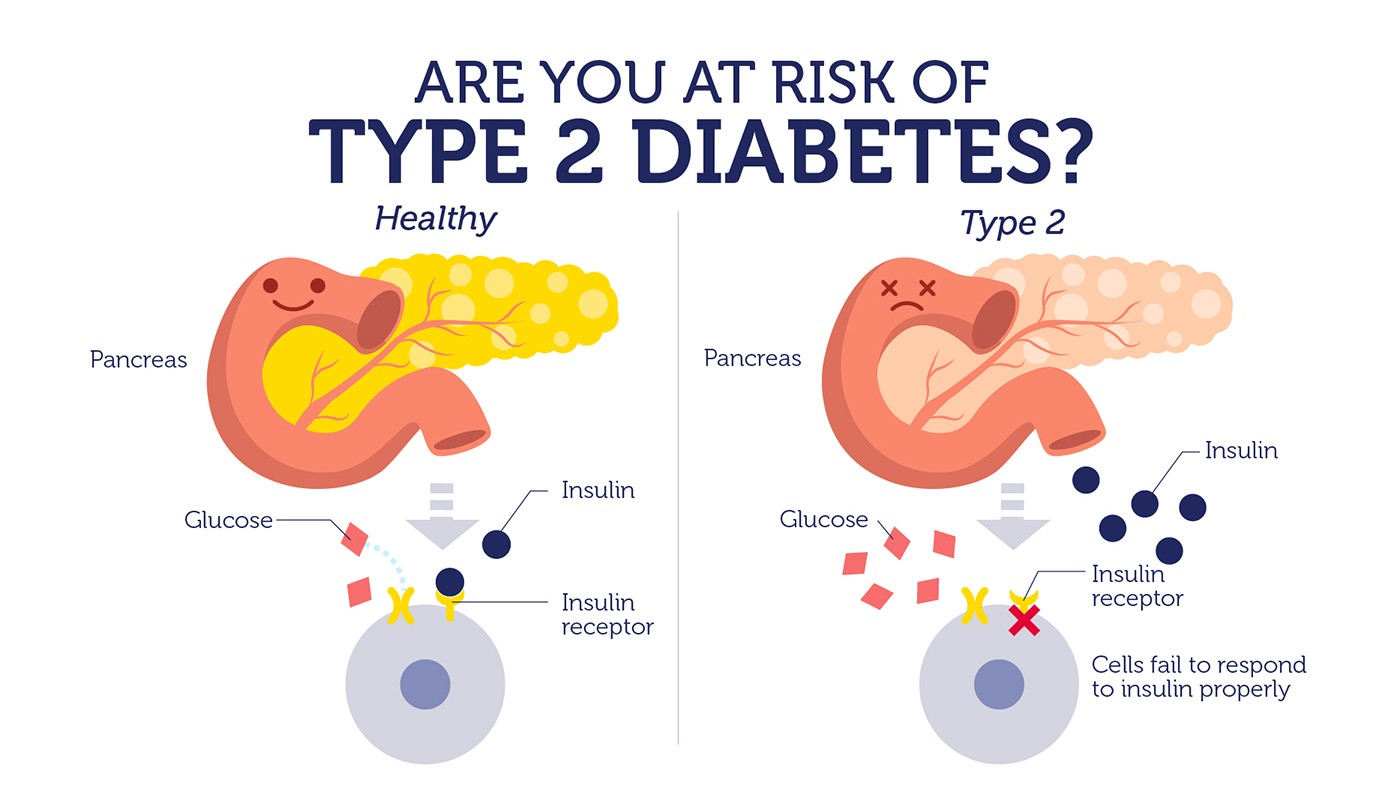 Time: around 6 BCE. Location: India. A physician places another open plastic cup filled with urine on the crowded windowsill. Then he looks at the trail of black ants creeping up the wall, and makes note of the samples that are covered with ants. An early test for diabetes – crude yet effective.

Sugar in the blood

Diabetes is a condition that affects how the body processes glucose (sugar). Glucose is the main source of fuel used in our bodies. Blood glucose levels are controlled by a hormone called insulin.

When glucose levels are high (e.g. after a meal), beta cells of the pancreas produce insulin, which signals for glucose to be stored. But, if this circuit fails, and blood glucose remains high, it leads to diabetes. 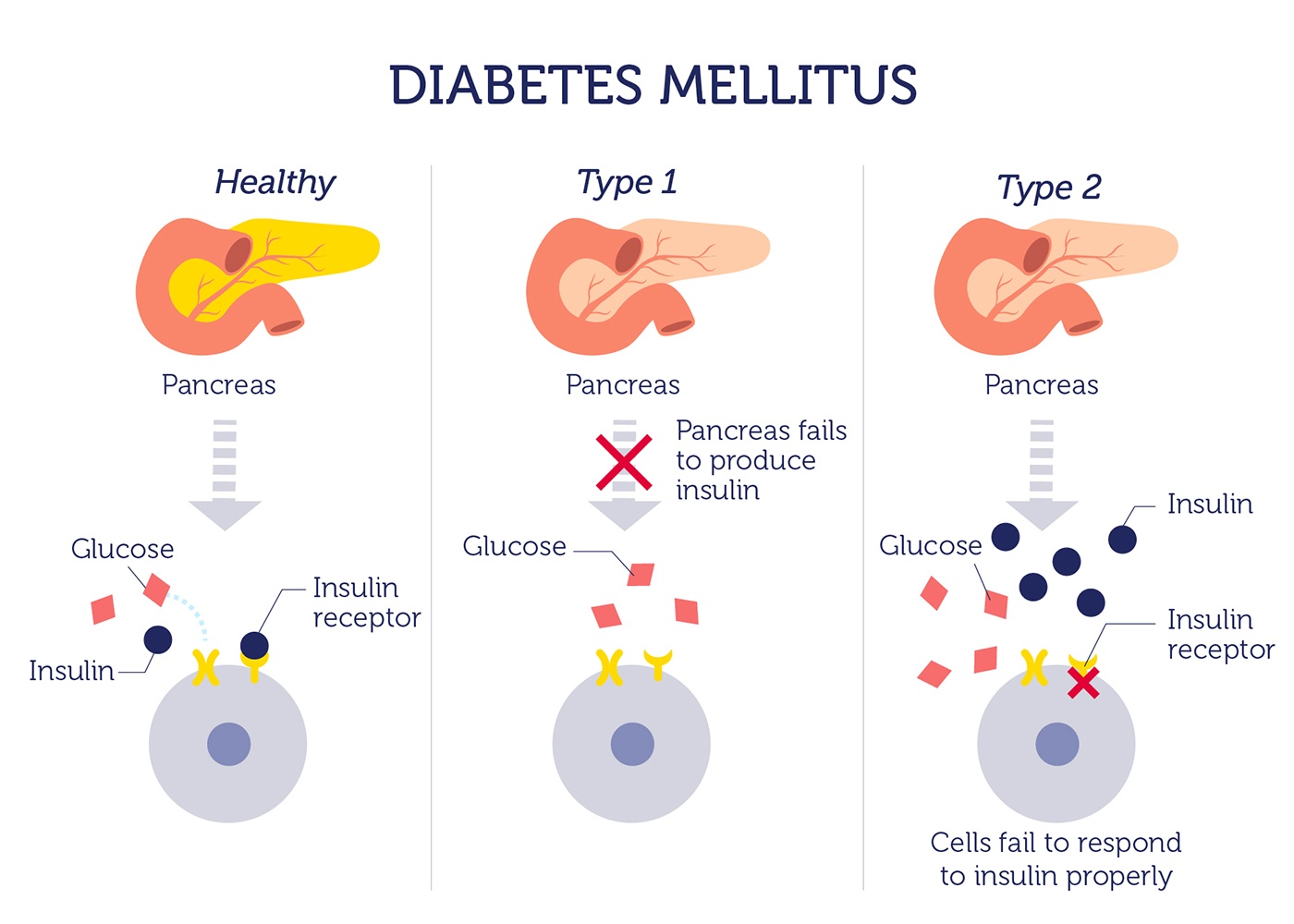 There are two main types of diabetes. Type 1 diabetes occurs when a person can’t make insulin, because their immune system has destroyed the insulin-producing beta cells in the pancreas.

People with type 2 diabetes make insulin, but their bodies don’t respond to it. As their blood glucose remains high, the pancreas tries to compensate by making extra insulin. Eventually the beta cells stop functioning because they are overworked and insulin is no longer produced. Symptoms of type 2 diabetes includes thirst, frequent urination, skin discolouration, blurred vision, slow-healing wounds and fatigue.

How much sugar is in your sweet treat? 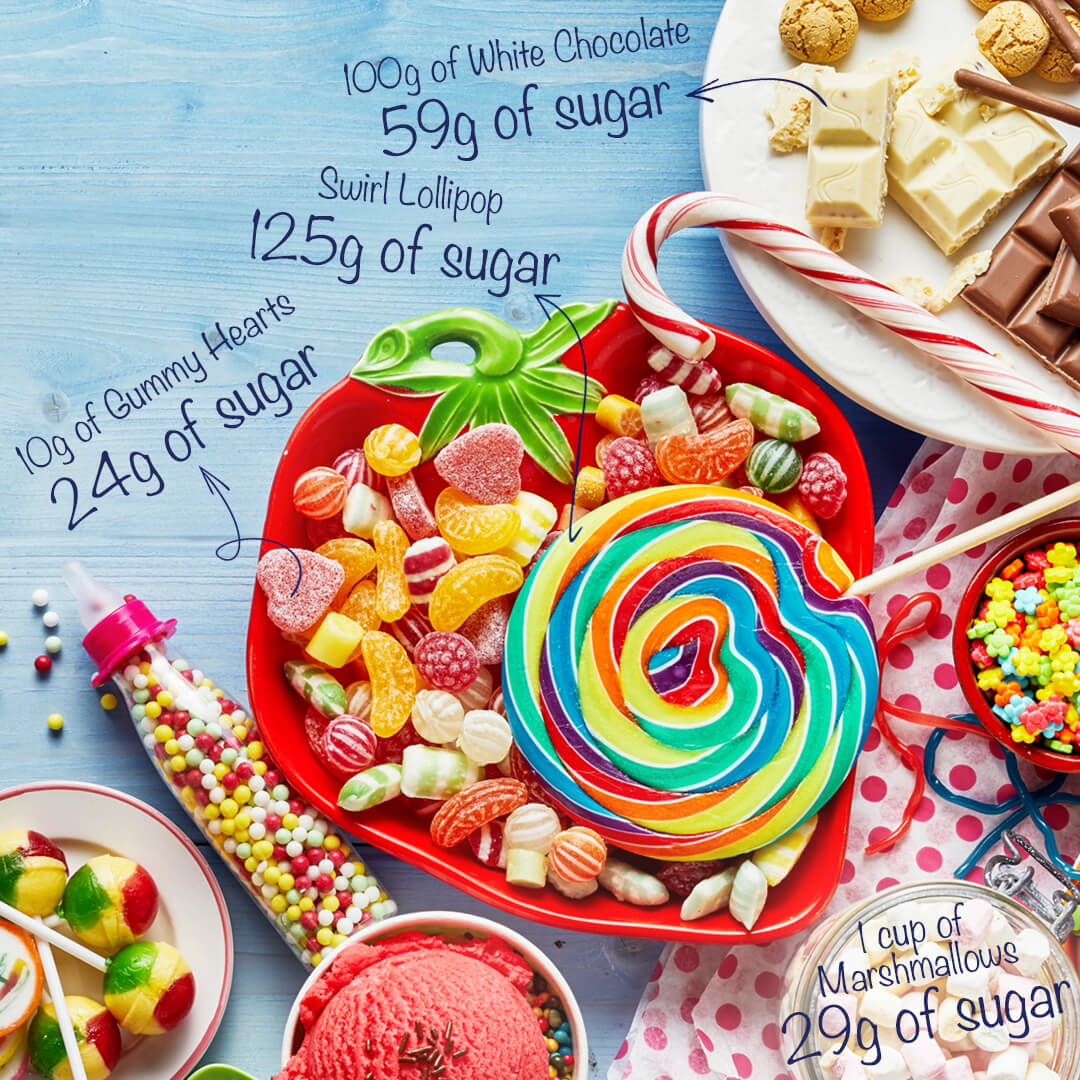 Type 2 diabetes is a complex disease, fuelled by a combination of factors such as age, sex, obesity, physical activity and diet. However, it is also a disease with a strong genetic influence.

Many studies have shown that diabetes is inherited. Having an immediate family member with the disease significantly increases your risk of diabetes. There’s a 40% chance of developing type 2 diabetes, if one of your parents has it. The risk increases up to 70%, if both parents are affected.

This is why scientists have focused on genetic variations as a way to identify people that are at high risk of type 2 diabetes. These studies compare the DNA of people with diabetes to the DNA of healthy people, looking for variants known as single nucleotide polymorphism (SNPs).

SNPs are small changes in nucleotides, the building blocks of DNA. More than 60 SNPs are already implicated in type 2 diabetes, and the list keeps growing.

Many of the risk variants linked to type 2 diabetes affect the function of beta cells and insulin.

TCF7L2,  the gene most strongly linked to type 2 diabetes susceptibility, encodes a protein that controls the levels of other genes. People with one risk variant of TCF7L2 (called rs7903146) make less insulin, and are at higher risk for type 2 diabetes.

Other risk variants are found in the GCK gene that acts as a glucose sensor, the IRS1 gene involved in relaying insulin signalling, and the MTNR1B gene, which affects insulin release. While these variants may increase the risk, not everyone who inherits them will actually develop diabetes.

One of the first diseases to be described in history, diabetes now claims its fame as one of the fastest growing diseases. Over 366 million people around the world were affected by diabetes in 2011, along with an estimated 180 million undiagnosed cases.

On top of that, obesity has also become a public health crisis. As obesity and diabetes go hand in hand, being able to predict “diabesity” risk based on genetics, may prove to be a critical turning point to solving this problem.

With genetic knowledge, comes the power to adapt. Will it be enough motivation to break the cycle to stop you from becoming another statistic?

Does diabetes run in your family? Find out your risk with the DNA Type 2 Diabetes Test, so you can implement simple lifestyle changes to protect yourself.

Do you descend from one of the greatest commanders in history?
Read more
Famous DNA