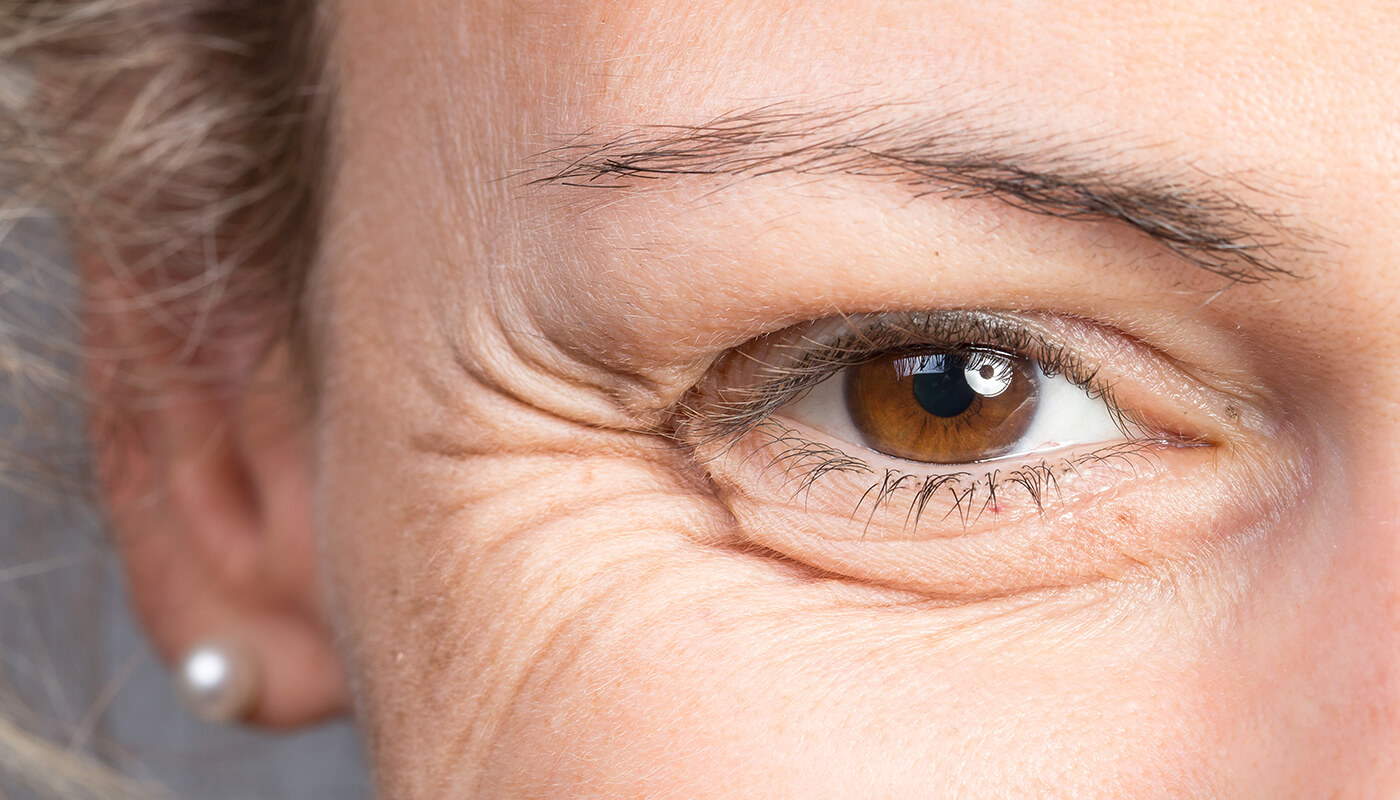 “Don’t frown so much, you’ll get wrinkles” said your grandmother. Then in her next breath she shared with you her secrets to keeping wrinkles at bay for as long as possible. Little did your grandmother know that she had already passed on her wrinkles to you.

Well, not exactly her wrinkles, but the predisposition to wrinkles, hidden among her genes. Wrinkles are as inevitable as aging, but when all else is equal, genetic changes can cause these unflattering crinkles to appear much sooner than they might otherwise.

Our skin wrinkles on a daily basis, especially if you tend to do dishes without gloves, or prefer to take extra-long showers and baths. Even babies are born with wrinkled skin.

While temporary pruney fingers don’t scare us, age wrinkles do. They change our appearance, and how the world perceives us.

Age wrinkles are the fine lines, and the deep furrows that appear in your skin as you age. And your grandmother was right, they do tend to form in places where the skin gets stretched repeatedly like around the mouth or on the forehead.

Wrinkling is a form of fibrosis – when extra connective tissue is made to repair an organ. Connective tissue, which is mostly made up of collagen and elastin, gives our bodies its structure.

According to one theory, known as the misrepair-accumulation aging theory, wrinkles can be attributed to the inadequate repairing of collagen and elastin fibres. The idea is that repetitive use, (e.g. smiling or frowning), damages these fibres. Sometimes, instead of being properly repaired, they are replaced by different fibres.

In both scenarios the end products are small folds that become permanent wrinkles.

On top of these repair fumbles, collagen is also broken down over time. Not surprisingly, the appearance of wrinkles can be accelerated by factors that enhance collagen breakdown. They include exposure to ultraviolet (UV) light and metalloproteinase enzymes (MMPs).

The MMP1 and MMP3 genes encode two prolific MMPs. Some of us inherit variants of these genes that produce highly active MMPs, causing more skin degradation than normal.

As a consequence, people with MMP variants are likely to get their first wrinkle much earlier, compared to a person with the normal version of these two genes.

A battle against nature

It’s easy to change the way we look in terms of clothing, accessories and even hair. But it takes so much more effort to repair our skin once it starts showing its age. This is why some are willing to purchase a $5,000 anti-aging cream made from cat excrement, in a desperate attempt to stop their skin from showing its age!

We may not be able to iron out our wrinkles, as easily as we do with our favorite cotton dress, but we can certainly delay their appearance by embracing simple changes like wearing sunscreen or staying out of the sun.

Are you more prone to wrinkles because of your genes? Find out with the DNA Skin Health Test.

Did you know DNA affects your fat sensitivity?

Do you descend from a famous Civil War scout?
Read more
- Advertisement -