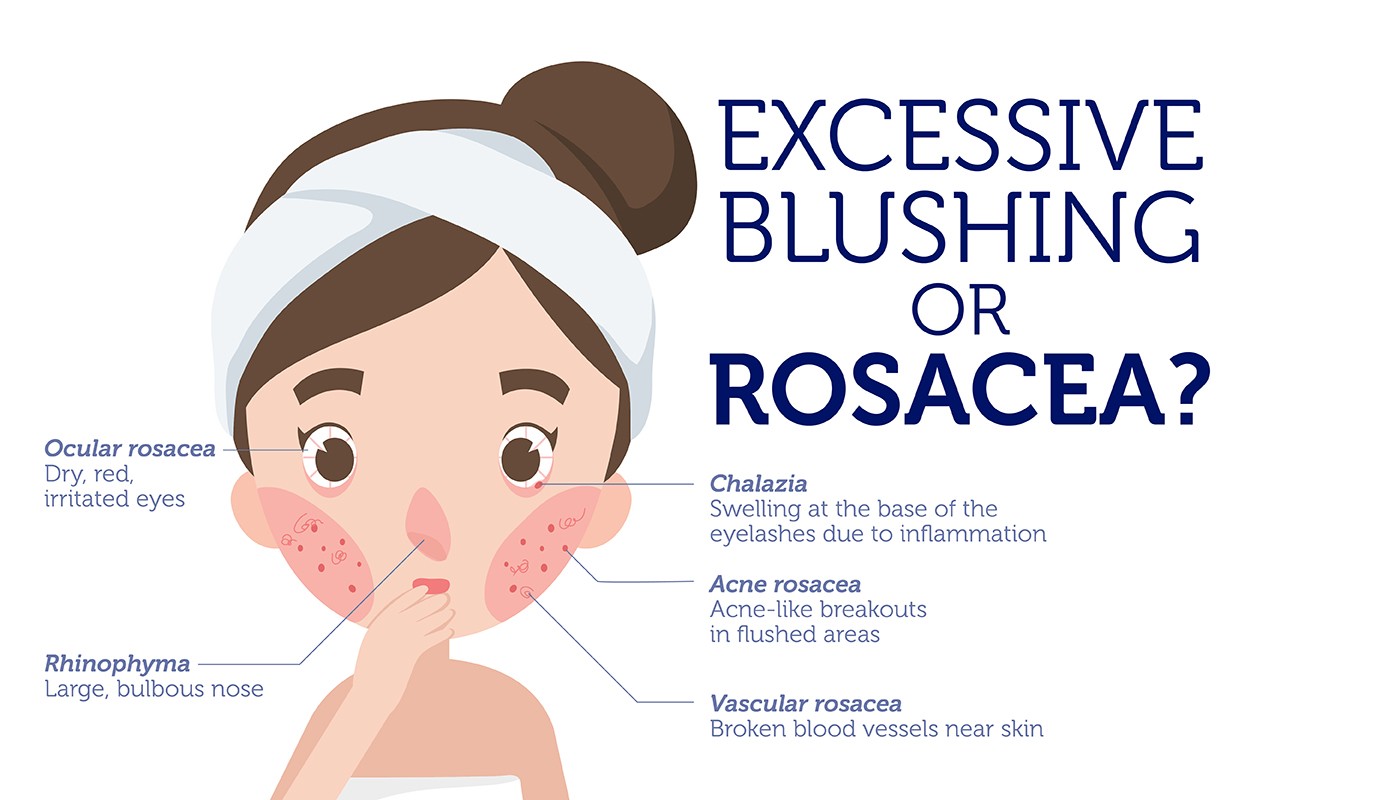 Princess Diana captured the hearts of millions with her shy demeanor and her “kaleidoscopic – full of life and constantly changing” face. Many of her photographs feature her famous blush that portrayed a wealth of emotions from frustration to sullenness to joy.

Would you have suspected that Diana’s ever-present blush was partially due to a chronic skin condition called rosacea?

Rosacea is a skin disorder with a strong genetic component, which explains why Prince William also often sports reddened cheeks in public, especially after a vacation in the sun, or a ski trip.

According to genetic studies, rosacea actually has some similarities to diabetes and celiac disease. All three of these conditions involve DNA changes in the HLA-DRA gene that affect the immune system.

A range of symptoms

Over 16 million Americans live with rosacea. It’s also prevalent in many European countries, including England, Russia and Germany.

Symptoms vary from person to person. Some people only experience mild forms of the disease, characterized by intermittent blushing or skin irritation. Severe cases include bumps, pimples and enlarged blood vessels, causing the skin to appear rough and uneven.

At present there’s no cure for rosacea. If left untreated it can cause rhinophyma, a large bulbous and ruddy nose. As with acne and eczema, external factors can also trigger rosacea. Outbreaks can result from exposure to alcohol, sun, spicy food, bacteria and Demodex mites.

So far, scientists have mostly focused on external triggers of rosacea, and how to effectively manage them. As a result, finding genes that can explain the physiological changes associated with the disease has lagged behind.

According to one genetic study there are two possible candidate genes for rosacea, of which the HLA-DRA gene is the prime suspect. The HLA genes produce proteins that assemble into the major histocompatibility complex (MHC). This complex is located on the surface of our cells, and plays a central role in immunity.

People with rosacea are more likely to have a genetic variant of the HLA-DRA gene called rs763035. HLA-DRA proteins are present in skin biopsies from affected skin, but not in the skin of people without the disease.

The immune response initiated by the MHC complex includes localized inflammation and swelling. Therefore, it’s possible that rs763035 produces an altered form of HLA-DRA, which contributes to the symptoms of rosacea.

Finding and studying genes involved in rosacea will help us better understand this incurable, yet common, condition. Not only that, it will also assist in identifying potential new targets for treatment options.

What’s your risk of rosacea?

Blushing, according to Darwin, is “the most peculiar and the most human of all expressions.” But, constantly being mistaken for blushing or being inebriated can become tiring. In fact, according to the majority of rosacea sufferers, their condition has a strong negative impact on their quality of life.

It’s possible to uncover your genetic risk of rosacea with the DNA Skin Health Test. Being informed of your potential risk puts you at an advantage. Choose to empower yourself with knowledge, and don’t let rosacea hold you back from living your life to the fullest.