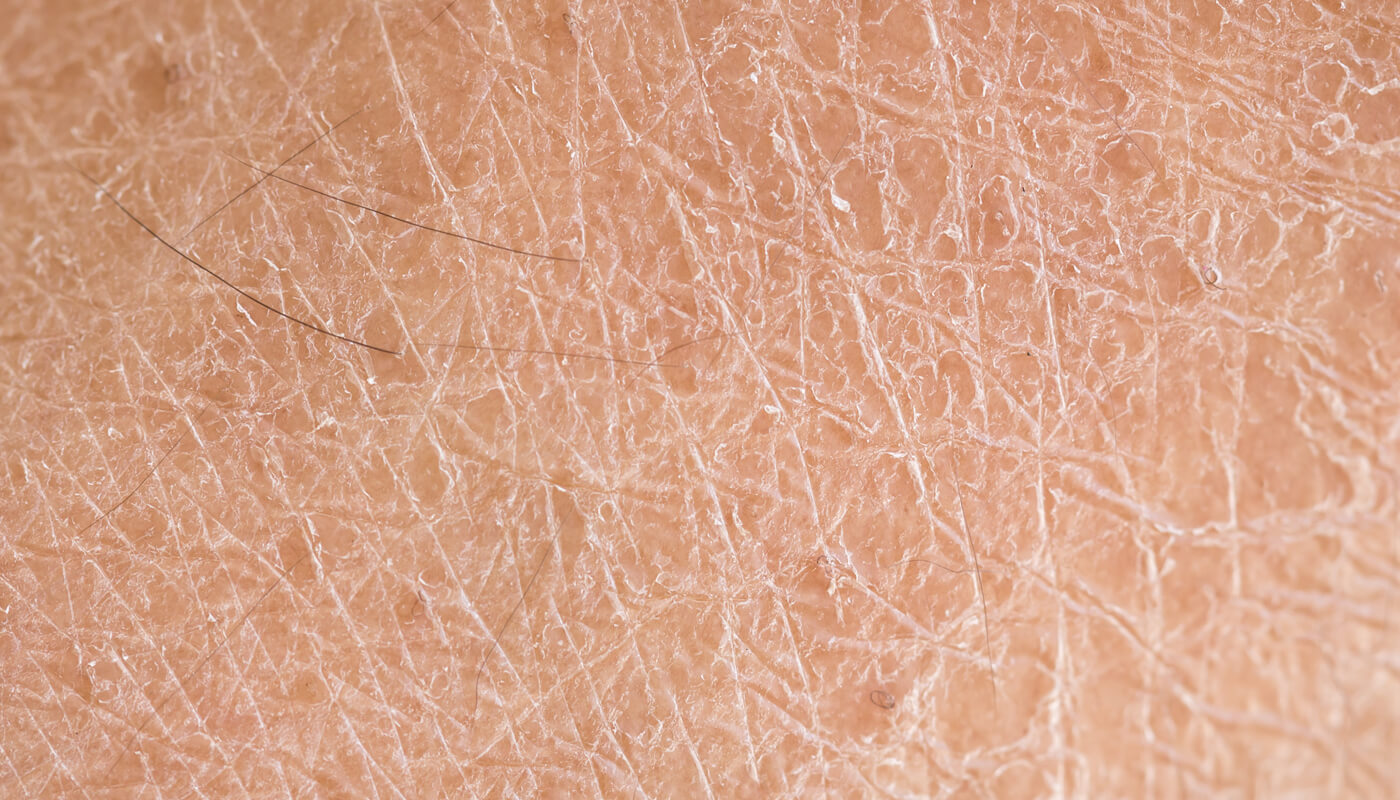 There was once a girl who hated summer – the heat, the sun and, most of all, having to wear shorts and skirts. Every summer it was the same story. The stares, the whispers and sometimes the outright pointing, laughing or teasing.

It was the dry skin on her legs, which had a pattern that looked like fish scales. She tried telling the kids she had a skin condition, but they just laughed at her and said she didn’t wash enough.

The parents were worse. As soon as they heard “condition”, they assumed it was contagious. She tried every home remedy she could, but no matter how hard she tried to wash and moisturize, she just couldn’t get rid of the scaly dry skin.

This is the story of someone with ichthyosis vulgaris, also known as the “fish scale disease”.

Ichthyosis vulgaris (IV) is a skin condition that results in very dry, flaky skin. It’s an inherited disorder caused by changes in the FLG  gene. This gene encodes the filaggrin protein found in the skin, and the severity of the “fish scales” depends on which mutations have been inherited.

The function of filaggrin

The skin is the largest organ in our body. It serves as a barrier, protecting us from the environment and guarding against the evaporation of water from inside our body. The stratum corneum is the impenetrable outer layer of our skin. It consists of 15 to 20 layers of flattened, dead cells.

Filaggrin is key to forming and maintaining the proper structure of this barrier layer. It assembles keratin filaments together, causing them to collapse down into several layers of skin. Transglutaminases then glue these layers together.

The body can also break down filaggrin to give our skin moisture. So, when there’s not enough filaggrin, it leads to the production of a “leaky” barrier layer. This increases water loss, leading to dry skin.

More than 40 mutations are known to occur in the FLG gene, and a quarter of them are linked to IV.

These mutations tend to be population specific. For example, the first two variants to be linked to IV, rs558269137 and rs61816761, were found in Europeans. Since then, other mutations have been identified in Japanese, Chinese and Korean populations.

Symptoms of IV can be quite variable, because they depend on the versions of FLG an individual inherits. Someone with a variant that only slightly reduces filaggrin levels will only have mild, very localized symptoms, whereas inheriting either rs558269137 and rs61816761, which completely abolish protein activity, can cause moderate to severe IV.

FLG is a tricky gene to study

Linking the different variants of FLG to the severity of IV has proven to be tough, mainly because it’s a tricky gene to study. FLG is one of the largest genes in the human genome. It also contains large regions of repeated DNA sequences. These characteristics make it quite difficult to analyze using existing DNA sequencing methods. Still, labs around the world are determined to study FLG.

Are you at risk of dry skin?

IV is deemed to be the most common skin disorder caused by a single gene. You can uncover your risk with the DNA Skin Health Test.

Around 1 in 250 children experience some form of IV. Some of them also suffer from eczema and/or asthma, all of which also linked to faulty FLG. The lucky ones outgrow their condition, as they mature into adults, while others will battle these symptoms all their lives.

The advent of new technologies, especially in gene sequencing, will hopefully make it easier to study FLG, so one day no child will have to suffer the humiliation of being ostracized for their “fish skin”.

Blueberries for your skin: Antioxidants and the genes that protect your skin from getting old too fast
Read more
Fitness