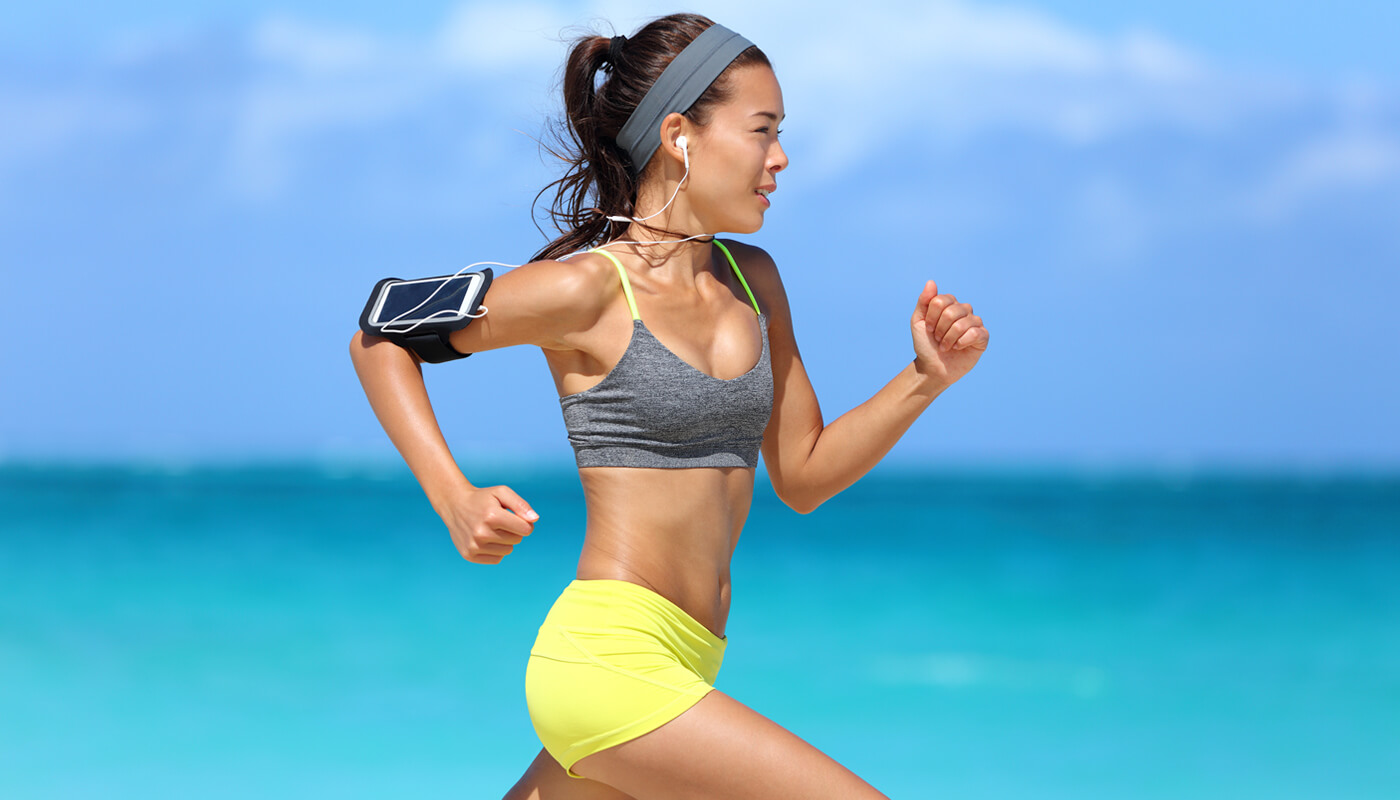 If you were to pick two people off the street, equally matched for variables like age, sex, body type, and fitness level, what’s the likelihood that, with proper training, both of them would finish a marathon? 9 out of 10 times, both people will complete the race. So, there’s a 10% chance that one of them won’t.

Everything else being equal, these odds are influenced by a single gene – PPARGC1A. This gene can affect our aerobic capacity, as well as how trainable our bodies are to take on a strenuous endurance activity, like running a marathon.

As you can imagine, there are more than a few differences between an endurance athlete and someone who is not as active. The heart of an athlete is better at pumping oxygen to the body. Even more importantly, their muscles are better at using this oxygen.

When we sprint, we use fast-twitch muscle fibres that give us a powerful burst of energy. Fast-twitch muscles produce energy without oxygen. In this anaerobic environment they produce lactate.

In a marathon, we use slow-twitch muscles. These muscles are rich in mitochondria, the cell’s powerhouses, and they predominantly use oxygen to generate energy. Endurance athletes not only use oxygen more efficiently, but can also use the lactate produced by exhausted fast-twitch muscles as an alternative source of energy.

An exception to the benefits of endurance training can be seen if you inherit a version of the PPARGC1A gene called rs8192678. The PPARGC1A gene gives instructions to make PGC-1α, a protein which impacts our aerobic capacity and endurance in several different ways.

PGC-1α turns on genes involved in energy production, facilitates the switch from fast-twitch to slow-twitch fibres, and regulates the number of mitochondria found in our muscles. Exercise can increase the amount of PGC-1α, and studies also show that artificially elevating PGC-1α levels can enhance performance, exercise capacity, and oxygen uptake.

But, people who inherit the rs8192678 version don’t appear to reap the same level of benefits from regular training.

According to one study, after nine weeks of regular training, the increase in aerobic fitness was lower in people with the altered version of PPARGC1A, compared to those with the normal version of the gene.

In another study, people with rs8192678 lacked an exercise-induced increase in slow-twitch muscle fibres. So, it’s not surprising that rs8192678 is underrepresented amongst elite endurance athletes.

Will regular exercise boost your stamina?

Many of us have a reason for exercising. You might want to lose a bit of extra weight, or to compete in your first marathon. We assume that regular exercise will boost our stamina, and that it will enhance our cardiovascular fitness to protect us from disease.

However, it’s becoming increasingly clear that genetic differences have a lot to do with the type of exercise that will benefit each individual. PPARGC1A is one such example where people with the altered version don’t benefit as much from endurance exercise.

Maybe the time has come to take the guess work out of your workout. Find out your exercise style with the DNA Fitness Test. Then you can let your genes dictate the best exercise regime that will help you live long and prosper.

Are you related to the mysterious Dark Countess?
Read more
Famous DNA