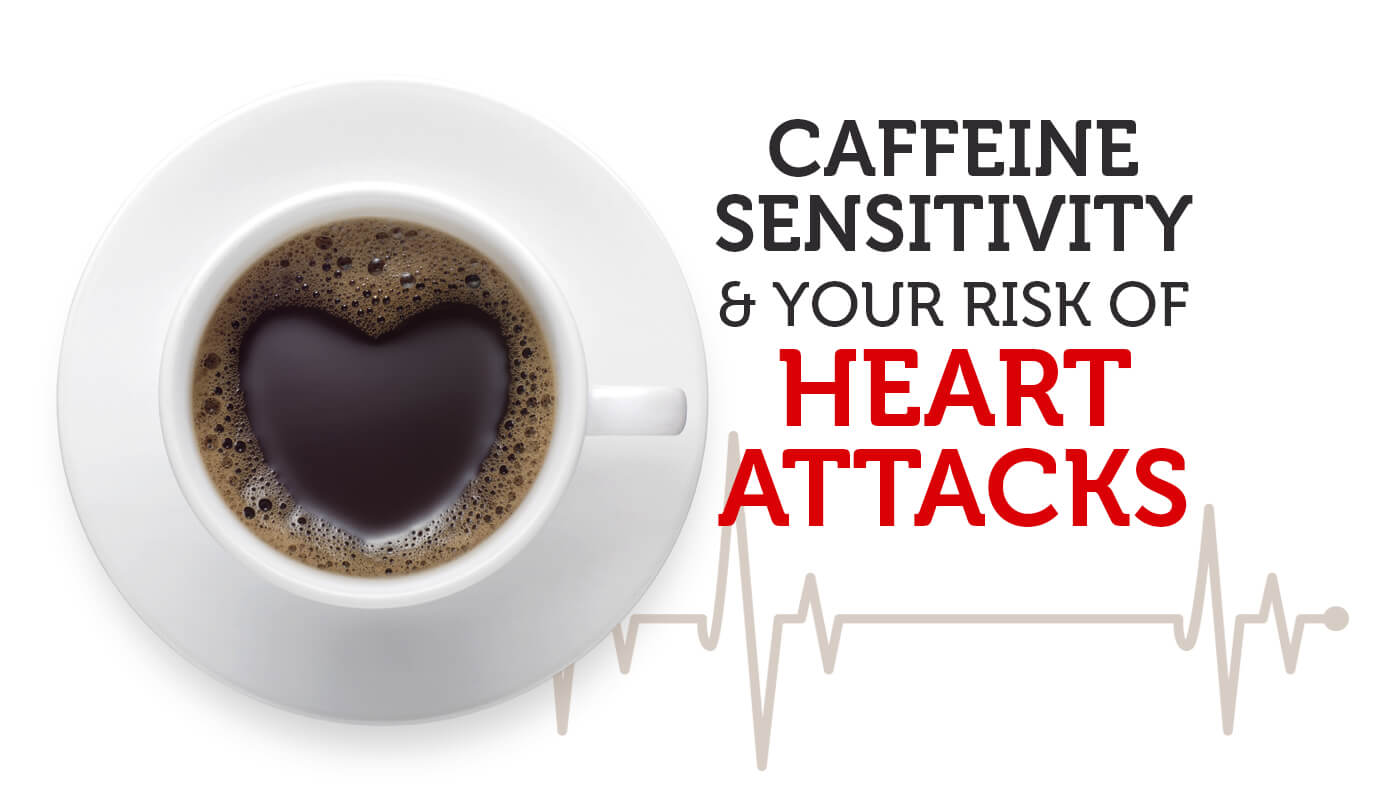 It’s Wednesday afternoon and your brain refuses to cooperate. You join your coworkers on their coffee run, hoping caffeine will do the trick. Just half an hour later, you feel nauseous and lightheaded, you are gasping for breath and clutching your chest. Next thing you know, you are waking up in the hospital to find out that you had a heart attack.

One cup of joe

Can coffee really cause a heart attack? According to one study, in some people with genetic variants in the CYP1A2 gene, it just might.

Caffeine is the most widely used psychoactive drug in the world. Unlike other drugs that affect our brain, it’s legal, unregulated, and is available in many different forms. But not all of us are equally sensitive to this drug. The same cup of coffee that is a pick-me-up to one person can be a sleep inducer to another. This is because caffeine sensitivity depends on how long it stays around in our bodies.

What is caffeine sensitivity?

More than 95% of the caffeine that enters the body is broken down by one enzyme, CYP1A2 (cytochrome P450 1A2). But, not all of us make the same amount of this enzyme. People with high levels of the enzyme can break down caffeine faster, compared to people with low levels of the same enzyme. These “slow” metabolizers are much more sensitive to caffeine, because it takes them much longer to break down and clear it from the body.

Genetic changes in the CYP1A2 gene, which encodes cytochrome P450 1A2, are responsible for these differences in enzyme levels. Those of us who are “fast” metabolizers carry a version of CYP1A2 that produces higher levels of enzyme. “Slow” metabolizers have a version of the gene that lowers the amount of enzyme. 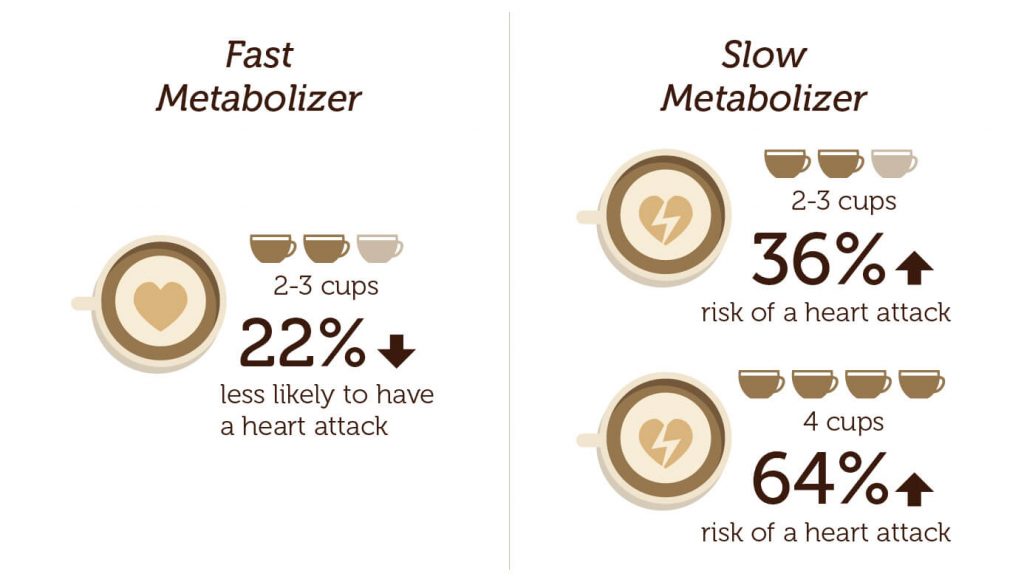 Caffeine and your heart

Researchers have shown that caffeine intake can increase the risk of non-fatal heart attacks. This risk depends on whether you are a “slow” or a “fast” caffeine metabolizer.

This means that even a light coffee drinker may be at an increased risk of heart attack, if they are genetically predisposed to metabolize caffeine slowly. The presence of other risk factors for heart attacks, like high blood pressure, high cholesterol, a sedentary life style and family history can further enhance this risk.

How much caffeine is in your beverage? 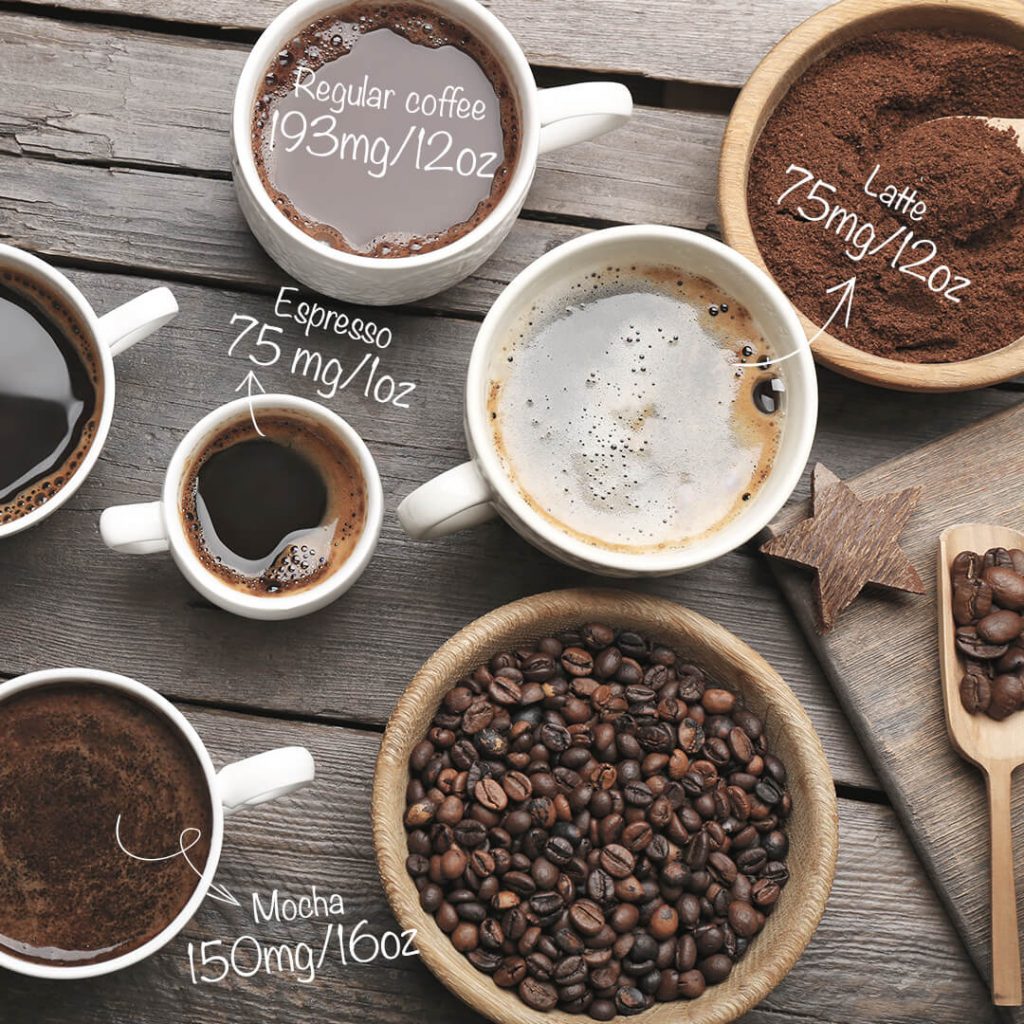 On top of genetic changes, other lifestyle choices can also influence whether caffeine is harmful to your health. Eating broccoli and cauliflower can increase your CYP1A2 levels. Herbal teas and spices like turmeric and cumin, as well as oral contraceptives can decrease enzyme levels. Accordingly, a combination of genetic factors and lifestyle choices must be considered when trying to determine if caffeine – even at low levels – can be harmful to your health.

There are 32.4 million heart attacks and strokes worldwide every year. Cardiovascular disease is responsible for a quarter of all deaths in North America. Given the vast quantities of caffeinated beverages consumed each year, along with diet and lifestyle habits, caffeine may be a main contributing factor to many of these deaths. Until you know which CYP1A2 version you have, the next time you need that pick-me-up, you might want to consider a healthy alternative, like a brisk walk or a healthy snack for the sake of your heart.

Are you risking your health, when you reach for that cup of coffee? Find out with the DNA Caffeine Sensitivity Test.

There are some among the Jews who holds special status. These Jewish ‘aristocrats’ are known as the Cohanim. They belong to the Jewish priestly...
Read more
Weight Loss

The ins and outs of snacking: how a single gene can make us eat all-day long
Read more
Metabolic Health

Are your related to a Sicilian arts patron and benefactor?
Read more
General Health

Did you know there is a “Viking gene”?