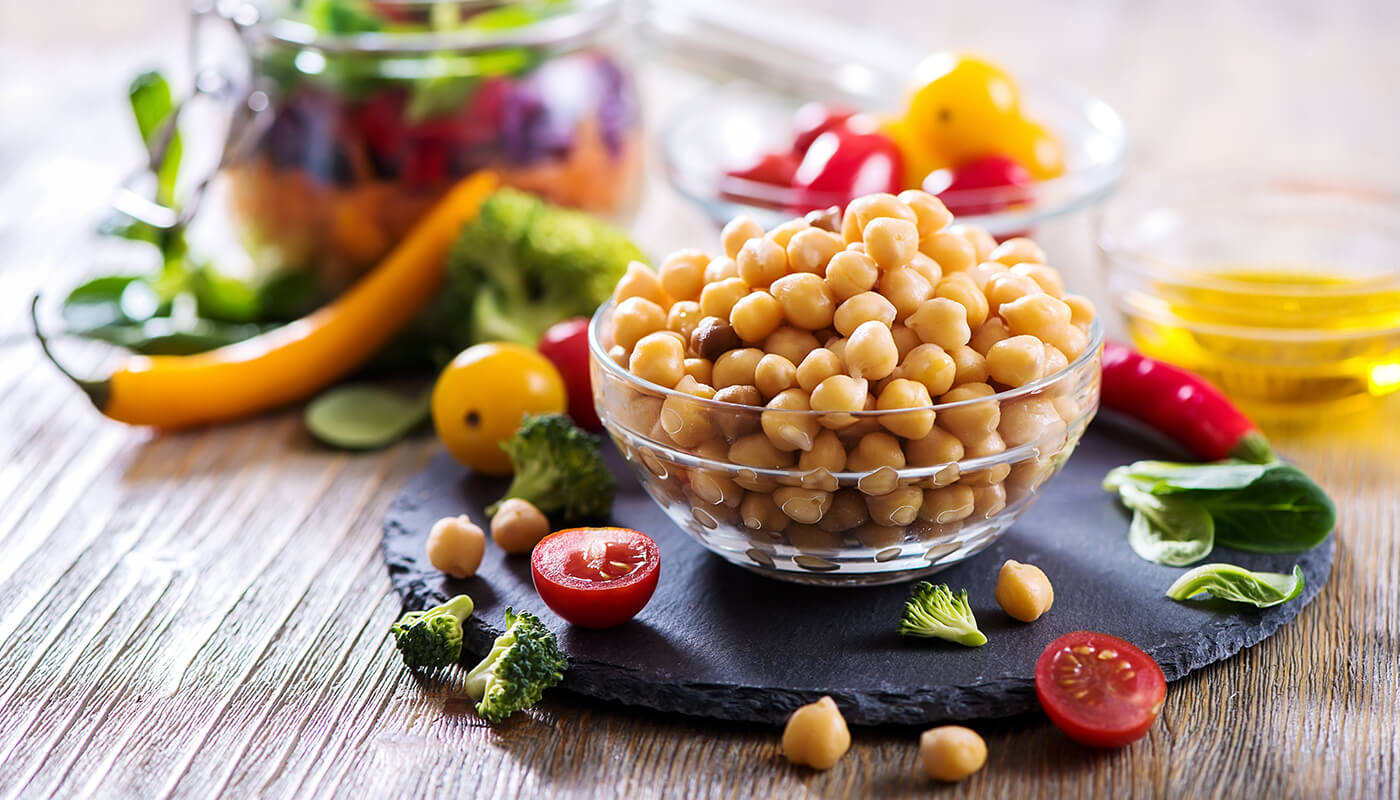 You were sure your morning sickness would only last a few weeks. But here you are, far into your second trimester, still constantly feeling nauseous. None of the natural remedies have helped, and you’ve already refused Diclectin.

Then your doctor suggests vitamin B6. A plain, old vitamin found in beef, bananas, and chickpeas. Amazingly, it does the trick. There are many theories as to why this vitamin relieves morning sickness and one of them happens to be genetics.

Variation in the NBPF3 gene, which can affect vitamin B6 levels, is probably the best way to start testing the link between morning sickness and vitamin B6.

Many roles of vitamin B6

Vitamin B6, sometimes known as pyridoxene, actually refers to a group of interchangeable chemicals. Pyridoxal 5-phosphate (PLP) is the active form of vitamin B6, involved in more than 100 chemical reactions. It controls the turnover of pretty much every major source of energy in the body, from proteins, to sugars, to fats.

PLP also has a hand in making haemoglobin (an iron-containing protein found in red blood cells), producing neurotransmitters (chemical messengers in the brain) and in nucleotide production (the building blocks of DNA).

The involvement of vitamin B6 in pregnancy is most likely linked to hormone function. PLP also regulates the activity of steroid receptors that relay signals from two major pregnancy-related hormones – estrogen and progesterone.

A study looking for genetic variants (small changes in the DNA that exist between people) to explain differences in serum vitamin B levels identified NBPF3. One variant, rs4654748 C, near the NBPF3 gene is associated with lower vitamin B6 levels.

Not much is known about the function of the neuroblastoma breakpoint family member 3 protein encoded by the NBPF3 gene. Therefore it’s hard to determine the exact mechanism behind the link to vitamin B6.

Vitamin B6 is an essential nutrient. This means it has to be acquired as part of our diet, because we are unable to make it ourselves. Fortified cereal, russet potatoes, and salmon are great sources of this vitamin. More details on food sources and the recommended daily allowance can be found at the end of the article.

Severe vitamin B6 deficiency is quite rare, but children and elderly are more likely to be mildly deficient. Symptoms associated with severe deficiency include muscle weakness, irritability, nervousness, depression, difficulty concentrating, short-term memory loss, inflammation of the tongue, and sores or ulcers of the mouth.

Be careful with supplements

Even though vitamin B6 supplements are readily available, you should use caution when taking them. Very high doses of this vitamin are also dangerous and can cause nerve damage. Symptoms of toxicity include pain and numbness of arms and legs, and difficulty walking.

Side effects of moderate toxicity involve skin allergies, light sensitivity, headaches, nausea, abdominal pain, and loss of appetite. A table showing the tolerable upper limits of vitamin B6 is at the end of this article. Talking to your healthcare practitioner before taking vitamin supplements is your safest option.

Protective role of vitamin B6

Vitamin B6 is also implicated in protecting us from immune dysfunction, cardiovascular disease, inflammation, Alzheimer’s, depression, kidney stones, and even cancer.

In one study, women taking the highest levels of vitamin B6, either as part of their diet or as a supplement, had a 34% lower risk for coronary artery disease compared to women with the lowest intake. Another recent study suggests that this vitamin can treat symptoms of schizophrenia.

Overall, it’s a versatile nutrient with a protective role against multiple diseases and a potential treatment option for several others.

Explaining the role in morning sickness

When it comes to connecting genetics, vitamin B6 and morning sickness, we currently have two separate pieces of the puzzle. NBPF3 variants affect vitamin B6, and B6 supplements offer effective relief from morning sickness.

One explanation is that women with lower vitamin B6 levels experience more severe morning sickness. This means they will benefit more from B6 supplements. If this is true, then women with the NBPF3 variant will also have an increased risk of morning sickness during pregnancy.

Future studies will hopefully test these theories to conclusively link NBPF3 to morning sickness. However, it’s exciting to speculate how revolutionary changes in DNA sequencing technologies will soon allow us to remedy conditions that have caused suffering to so many people in the past due to nutritional imbalances.

Curious about your NBPF3 status? Find out today with the DNA Nutrition Test.

Recommended dietary allowances for vitamin B6

Recommended dietary allowances are shown in milligrams (mg). Adequate intake shown for infants from birth to 12 months is equivalent to the mean intake of vitamin B6 in healthy, breastfed infants.

Selected foods sources of vitamin B6

The Daily Value (DV) for vitamin B6 is 2 mg for adults and children age 4 and older. The U.S. Food and Drug Administration (FDA) developed DV to help consumers compare the nutrient contents of products within the context of a total diet.

These upper limits apply to both food and supplement intakes. They do not apply to individuals receiving vitamin B6 for medical treatment under the care of a physician. For infants from birth to 12 months, breast milk, formula and food should be the only sources of vitamin B6.